The Xylo, Verito Vibe, Verito and the NuvoSport won’t be upgraded to meet BS6 emission norms while the E2O+ has been axed 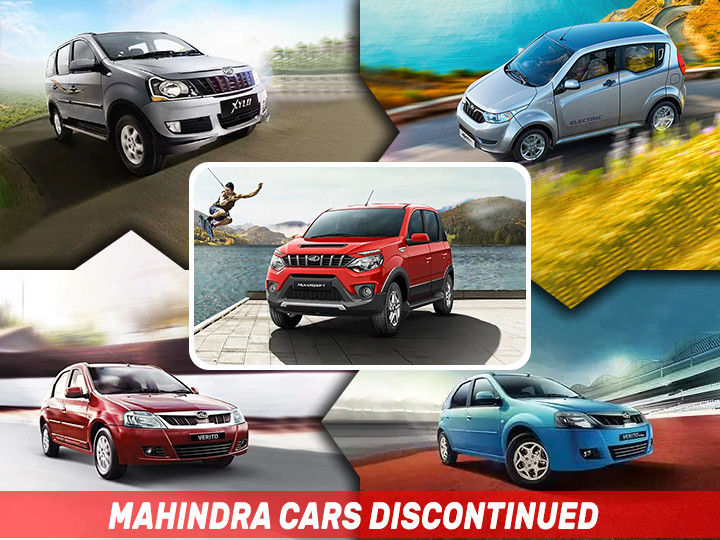 Mahindra is on the verge of upgrading its portfolio to meet the stringent BS6 emission norms. Recently, we brought you prices of the BS6-compliant Scorpio and XUV500.

A few models, however, will not make the switch to the cleaner emission norms and will instead be discontinued. This includes models such as the Xylo, Verito Vibe, Verito and the NuvoSport. Mahindra’s only electric hatchback, the E2O+, will also be discontinued.

With the Marazzo holding fort in the MPV space, the Xylo’s days were evidently numbered. This body-on-frame MPV is known for its spacious cabin. Mahindra offered two diesel engines with the Xylo: a 95PS 2.5-litre unit and a 120PS 2.2-litre unit. Though the latter has been upgraded to meet BS6 emission standards, the Xylo has been discontinued owing to dwindling sales numbers.

Mahindra’s Verito is essentially a Renault Logan, while the Verito Vibe was a half-baked attempt at making a sub-4-metre hatchback. Both models used Renault-Nissan’s 1.5-litre diesel engine that developed 65PS and 160Nm.

Renault-Nissan too has phased out this powertrain in India as it was proving to be expensive to upgrade it to meet BS6 emission standards. Both Mahindra models are over a decade old and don’t seem lucrative any longer.

Mahindra’s attempt at repackaging the Quanto was met with underwhelming sales. The oddball design and the iffy quality meant modern-looking and better-equipped models such as the Vitara Brezza and the Ford EcoSport beat the NuvoSport convincingly. The NuvoSport was offered with a 100PS 1.5-litre diesel engine with a manual and AMT option. Mahindra now offers the TUV300 in the sub-4 metre SUV space.

The E2o+ was Mahindra’s attempt at making electric mobility a little more practical by offering four doors. Sadly, much like it’s two-doored predecessor, the E2o failed to gather steam. It was powered by a 15kWh battery, paired with a motor that made 26PS of power. Mahindra claimed a range of up to 140km on a single charge. Currently, Mahindra’s entry-level EVs include the eVerito and eKUV100.

Mahindra is currently hard at work reworking its portfolio in the Indian market. The homegrown manufacturer will soon introduce its cleaner mStallion range of petrol engines in its products. It’s also hard at work to launch the updated Thar, Scorpio and XUV500. Recently, the carmaker also launched the BS6-compliant Alturas G4. You can read more about it here.