BMW will continue to offer all the variants -- Standard, Pro and Pro M Sport in India 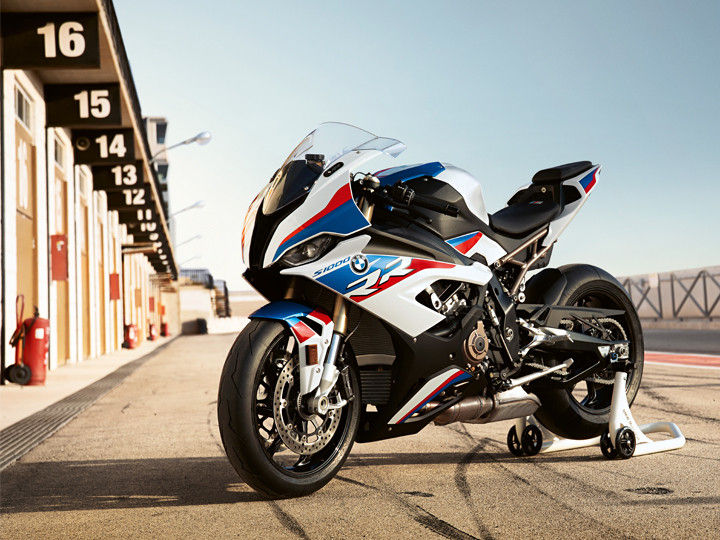 BMW Motorrad is manned and ready to relaunch its flagship supersport, the S 1000 RR, which now complies with our strict BS6 emission norms,  in India. The Bavarian brand will continue to sell all three variants -- Standard, Pro and Pro M Sport -- of the S 1000 RR in India. Sources suggest the Standard and Pro models will be launched next month in October, with the specced out Pro M Sport following suit in November 2020. Prices are likely to remain unchanged. For reference, the three models are currently priced at Rs 18,50,000, Rs 20,95,000  and Rs 22,95,000 respectively. Interested customers can book the bike for a token amount of Rs 3 lakh depending on the dealership.

The standard S 1000 RR features a six-axis IMU-based traction control, four rider modes (Rain, Road, Dynamic and Race), wheelie control, cornering ABS and even hill-start control as standard. An additional Rs 2.45 lakh and Rs 4.45 lakh will get you the Pro and Pro M-Sport, which pack a ton of additional equipment. You can read all about the differences here.

If you’re looking for a complete download on BMW’s flagship supersport, head here. Goes without saying that the S 1000 RR is one heck of a proposition especially when you consider its rivals. The BS4 Yamaha R1, for instance, costs Rs 20,39,233 while the BS4 Ducati Panigale V4 starts at Rs 20.57 lakh. The most affordable bike in this segment, the Kawasaki Ninja ZX-10R, retails at Rs 13,99,000 but falls short of the S 1000 RR when it comes to kit and features. As for the upcoming Honda CBR1000RR-R, it’s expected to set you back by an eye-watering  Rs 30 lakh. And that’s just the starting price.