Ever Dreamt Of Owning A MotoGP Bike? Well, Here’s A Golden Opportunity

It has been tested by MotoGP stars Colin Edwards, Mika Kallio, and Dominique Aegerter 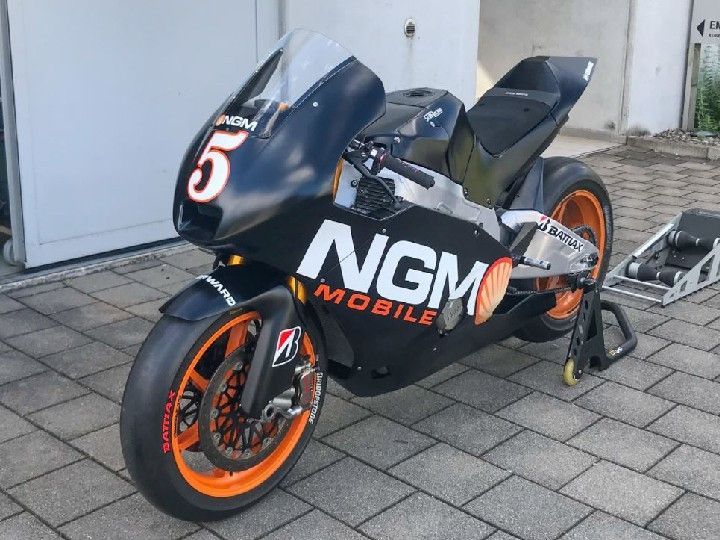 Every two-wheeler enthusiast has drooled over MotoGP bikes at some point and even daydreamed of swinging a leg over it. Well, if you’re lucky and wealthy enough, you can not only get astride one but also buy a spanking hot 2011 Suter-BMW MotoGP CRT motorcycle.

This example (chassis number 1, swingarm number 1) was the first-ever Suter-BMW built motorcycle and it’s sold by Suter itself. It was first presented to the press in 2010 at the Misano GP, built according to the then fresh CRT (Claiming Rule Team) rules set by FIM for the 2012 MotoGP championship. The rules allowed teams to use modified superbike engines, coupled with a racing chassis, thus adding more riders to the grid and promoting private teams.

Mika Kallio (a key player in KTM’s MotoGP prospect) prepped the motorcycle for its debut in the 2012 season. After its initial development, Suter struck a deal with the Forward NGM racing team. This bike was ridden by Colin Edwards at three official MotoGP tests in February 2012. It completed its life as a race bike later that year and was then used as a presentation motorcycle by Suter.

Very rarely do we get to know what lies underneath the carbon fibre fairings on a MotoGP bike and this is one of those times. Suter has revealed that the #001 is powered by the BMW S 1000 RR’s inline-four engine tuned to meet WSBK specifications and then further tuned to catch up with MotoGP bikes. It puts out a massive -- wait for it -- 230PS, enough to propel it to a top speed of almost 330kmph. Moreover, the bike weighs just 153kg (17kgs less than BMW’s flagship superbike, the M 1000 RR)!

Lastly, the owner hasn’t ridden it since 2018 and the bike was restored by Suter in 2020, so you shouldn't worry about the odometer reading.

While we don’t know the asking price, this bike was up for auction at Iconic Motorbike Auctions where it got the highest bid of $47,700 (Rs 34.5 lakh), which was rejected by the owner. So you may have to shell out upwards of Rs 40 lakh to get your hands on it. Additionally, you’ll have to bear the freight charges as the motorcycle currently sits at Suter’s headquarters in Turbenthal, Switzerland. But that should be a small price to pay for what you are getting. The question is, will it get a more serious bid the next time it’s up on sale?