Bavaria Motors, Pune is the third BMW Motorrad dealership launched in the country 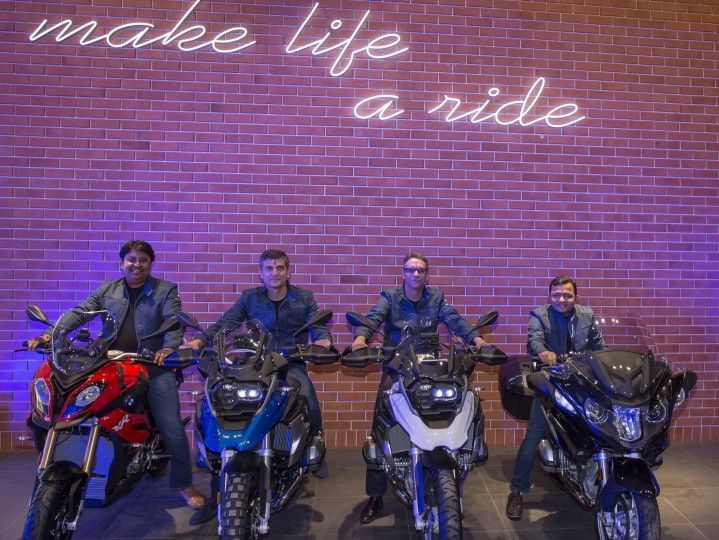 BMW Motorrad has officially started its operations as a part of the Indian subsidiary of the BMW Group.The group is a combined alliance of BMW, MINI and Rolls-Royce brands. The German bikemaker used to import and sell their motorcycles in India from dealer outlets in Mumbai and Delhi earlier. The company now targets to setup their own dealership networks in the country which will be BMW Motorrad dealerships exclusively for bikes. The motorcycle division is governed under the existing BMW Group India.BMW Motorrad will be headed by Mr. Shivapada Ray in India. BMW Motorrad currently has four cities targeted to open their dealership network which includes Ahmedabad, Bengaluru, Mumbai and Pune. Pune, Bengaluru and Mumbai dealerships have now commenced with their operations.

The Pune dealership is headed by Mr. Vishal Agarwal, Managing Director, Bavaria Motors.The showroom is located at Suyog Platinum Towers, Naylor Road, Next to Hotel Conrad and the after sales facility is located at Hadapsar Industrial Estate, Pune. The dealership will provide Sales, Service, Spare-parts and business systems in all processes to ensure hassle-free post sales ownership experience. BMW also offers finance service under the ‘BMW Financial Services Ltd’ which is also a part of BMW group India.

Mr. Vishal Agarwal, Managing Director, Bavaria Motors said, “As a BMW partner in Pune, the last decade has been a rewarding experience with lots of excitement and tremendous amount of pride. Today, my heart is filled with joy to see ‘the ultimate riding machine’ in its purest form bringing fascinating experiences to our exclusive clientele in Pune. With BMW Motorrad we will convey emotions, a certain lifestyle and create a unique involvement that will further enthuse our customers.”