The Hector Plus comes with captain seats, revamped looks and BS6-compliant engines 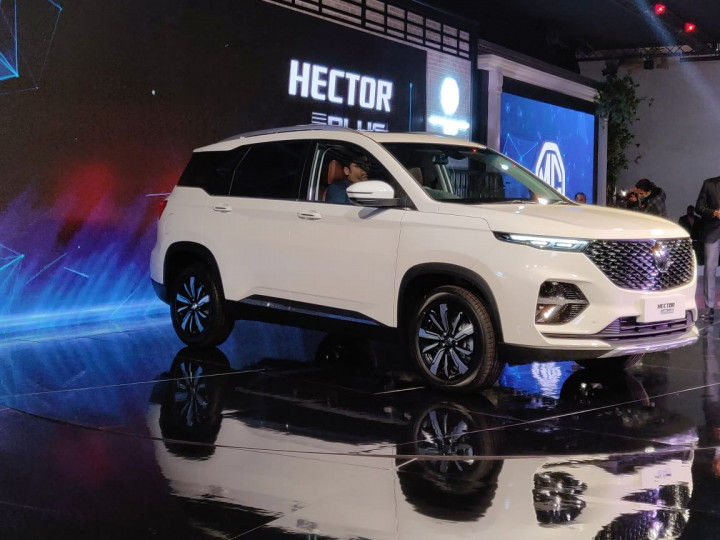 MG Motor India has taken the wraps off the Hector Plus 6-seater SUV at Auto Expo 2020. It could be MG’s third car for India after the Hector 5-seater and ZS EV. The Hector Plus comes with a handful of changes that help it differentiate from the standard model. Let’s take a closer look, shall we?

The biggest change in the Hector Plus is in the middle row. It comes with aircraft-style captain seats that replaces the standard model’s bench seats. Further, it comes with third row seats which improve its practicality. That said, boot space in the Hector 6-seater takes a hit as both models measure the same in all aspects.

Visually, the Hector Plus’ silhouette is identical to the standard model. However, it gets a handful of updated design elements that differentiate it from the standard model. The front end comes with a new grille, DRLs and LED headlamps. The Hector Plus' profile is similar to the current version while the rear now comes with new LED tail lamps and a sportier bumper. Overall, the design is far cleaner than the Hector 5-seater.

Inside, the Hector Plus' dashboard and feature list are identical to the standard model. However, it comes with a new interior colour black-brown coloyur scheme. Feature highlights include a 10.4-inch infotainment system, i-SMART 2.5 connected car tech, Android Auto and Apple CarPlay, a panoramic sunroof, climate control, an Infinity sound system, a coloured multi-info display as well as cruise control.  Safety features include 6 airbags, ABS with EBD, a 360-degree camera, parking sensors as well as electronic stability program.

Under the hood, the Hector Plus 6-seater utilises the same powertrains as the 5-seater. Here’s a detailed spec table:

The Hector Plus 6-seater is expected to launch in India by mid-2020. When launched, expect it to be priced Rs 1 lakh more than the standard model, which starts from Rs 12.73 lakh (Ex-showroom). The Hector 6-seater will lock horns with the Mahindra XUV500 and Tata Gravitas.