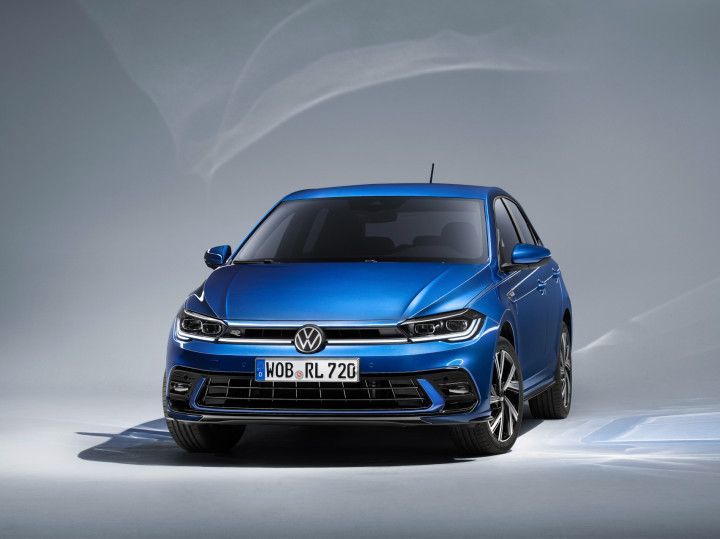 This is your official first look at the facelifted sixth-gen VW Polo. Now, we get it. Indians still have to drive around in the fifth-gen model. But the carmaker is considering the sixth-gen Polo for India, and it could well be the facelifted model that packs a raft of new and sensible driver assistance features.

So without further ado, here are five things you must know about the upgraded hatch:

The basic dashboard layout might be the same as before, but the carmaker has spruced things up with elements borrowed from larger VWs. For instance, the touch-based climate controls have been inspired by the facelifted Tiguan, while the steering wheel design is similar to Volkswagen’s ID electric cars. The touchscreen infotainment system is also larger now (at 9.2 inches).

Under the hood, the facelifted Polo retains its 1.0-litre petrol engines. These include an 80PS MPI unit paired with a 5-speed manual, a 95PS TSI, and a 110PS TSI. A seven-speed DCT comes optional in the 95PS and standard in the 110PS unit.

If launched in India, the new Polo will likely share the Kushaq’s 115PS 1.0-litre TSI engine, paired with either a 6-speed manual or 6-speed torque converter automatic.

India Launch On The Cards?

The carmaker is mulling an India launch of the sixth-gen Polo, considering the MQB A0 platform (which the hatch is based on) has been localised. That said, VW may need to tweak it slightly to position the Polo as a sub-4m offering. We reckon it could be priced between Rs 7 lakh and Rs 12 lakh (ex-showroom).