First Sketches Of The Facelifted Volkswagen Polo GTI Are Out! 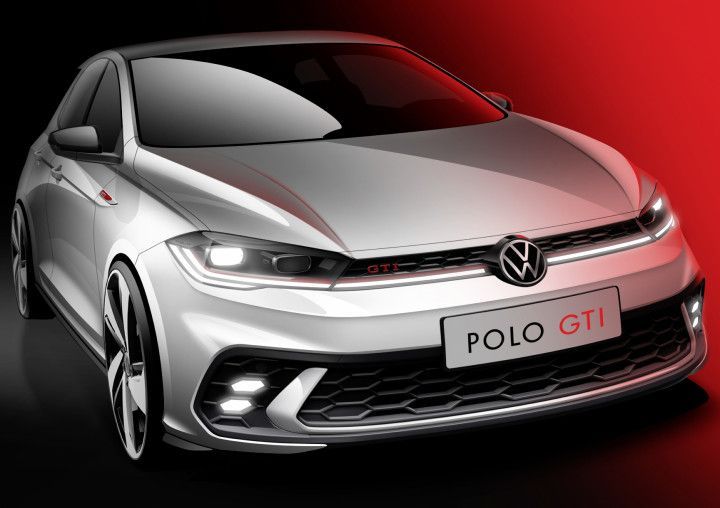 Volkswagen has released the first teaser image of the facelifted Polo GTI, which will be unveiled by the end of June 2021. While most of the updates are in line with those on the standard facelifted model, there are a few distinct ones that stand out on the sporty GTI.

These include a sportier front bumper with aggressively styled air dams housing the Golf GTI-like honeycomb DRLs. There are the traditional red accents below the connected LED DRLs and headlamps and a red GTI badge on the grille and front fender. New five-spoke alloy wheels top off the design.

On the inside, the facelifted hatch should get updates similar to those on the standard Polo, including a larger 9.2-inch infotainment system, touch-based climate control, and a new steering wheel with the ‘GTI’ badging. In keeping with its style, we reckon the generous use of red stitching and the red ‘Tartan’ seat upholstery should be retained.

The same 200PS 2.0-litre turbo-petrol engine (mated to a 6-speed DSG) should propel the facelifted Polo GTI, but reports suggest that VW could tune it up to develop even more grunt. For reference, the existing model can go from 0-100kmph in 6.7 seconds.

VW is mulling the sixth-gen Polo for India, which could be based on the facelifted model. If launched, it will be priced at a premium, somewhere between Rs 7 lakh and Rs 12 lakh (ex-showroom). Of course, we hope the carmaker imports a few sixth-gen GTIs to the country, considering the fifth-gen model was sold in limited numbers.