Styling updates are similar to the standard Polo, albeit with traditional ‘GTI’ touches 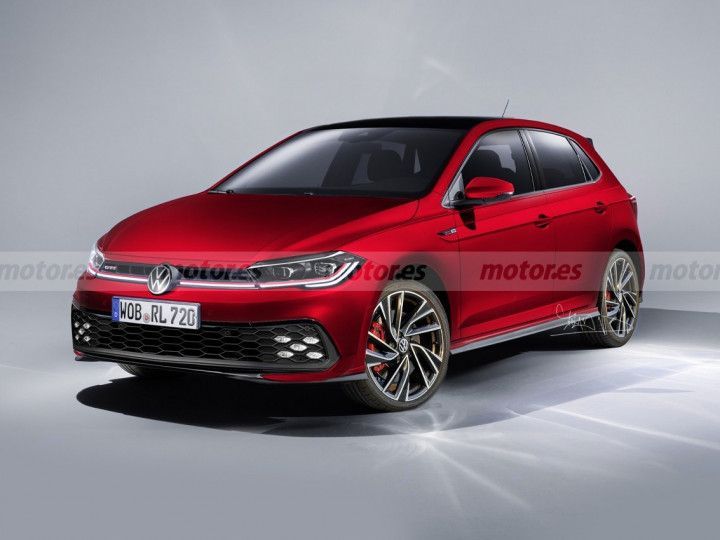 Volkswagen recently took the wraps off the sixth-gen facelifted Polo in Europe. During the unveiling, the carmaker announced it would be introducing the facelifted GTI variant in the coming weeks. Now, images of the facelifted Polo GTI have been leaked ahead of its reveal, giving us an idea of what to expect.

The facelifted Polo GTI gets a similar styling treatment as the updated Polo, albeit with a few GTI-specific touches. The Polo GTI is traditionally available in red with bespoke red elements inside and out. So you get a dash of red underneath the headlamps and new connected LED DRL strip, red on the brake callipers, and ‘GTI’ badging on the grille and tailgate. The honeycomb mesh-like LED fog lamps seem inspired by the Golf GTI. The sportier and larger alloy wheels (possibly 19-inches) complete the design.

The facelifted Polo GTI’s interior is yet to be seen, but the design should be similar to the standard model, albeit with a few ‘GTI’ touches. So we should see a splash of red in the upholstery stitching, the traditional ‘Tartan’ seat covers, the infotainment system, and even the digital driver’s display.

Under the hood, the facelifted Polo GTI should retain the outgoing model’s 200PS/320Nm 2.0-litre turbo-petrol engine, coupled to a 6-speed dual-clutch automatic. It managed to go 0-100kmph in just 6.7 seconds and top out at 237kmph. Reports suggest the facelifted model could have a higher output, so we’re keeping our fingers crossed.

The facelifted Polo GTI is likely to be unveiled in the coming weeks. It will lock horns with the Ford Fiesta ST and Hyundai i20 N. Closer to home, VW is mulling over the sixth-gen Polo’s India launch and it might just be the facelifted model. Read more about it here.