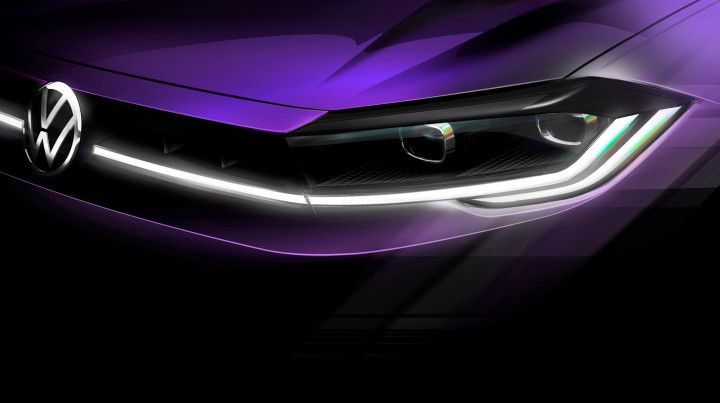 Okay, this might irk VW Polo enthusiasts, but it’s what it is. While we in India still contend with the fifth-gen Polo, the sixth-gen model -- unveiled in 2017 -- is set to get a facelift on April 22 in Europe. But it's not all bad news for us as the German carmaker is considering an India launch of the sixth-gen hatchback, and it could well be the facelifted avatar. We definitely got our fingers crossed on that.

The teaser reveals new dual-beam LED projector headlamps now connected by an LED DRL strip like that on the latest VWs. There will be a new purple shade, as seen in the teaser image. Other probable design changes include new bumpers, and redesigned alloy wheels and tail lamps.

The interior hasn’t been revealed yet, but we expect the basic layout to be similar to the existing model. That said, VW could spruce up the cabin with new upholstery and colour themes. We might also see a larger infotainment system with advanced connected car tech and driver-assistance systems.

Under the hood, the Polo should retain the pre-facelift model’s turbo-petrol, diesel, and CNG powertrains. If it launches in India, it will likely be provided with only the 115PS 1.0-litre turbo-petrol engine borrowed from the Skoda Kushaq and VW Taigun. This engine does duties in the fifth-gen hatch, of course, in a slightly lower state of tune (110PS).

Now that VW has localised the MQB-A0 platform, the carmaker is mulling the hatchback’s India launch by 2023. If that does come to fruition, the carmaker could price it from Rs 7 lakh to Rs 12 lakh.