It does look spicy hot… and we like it! 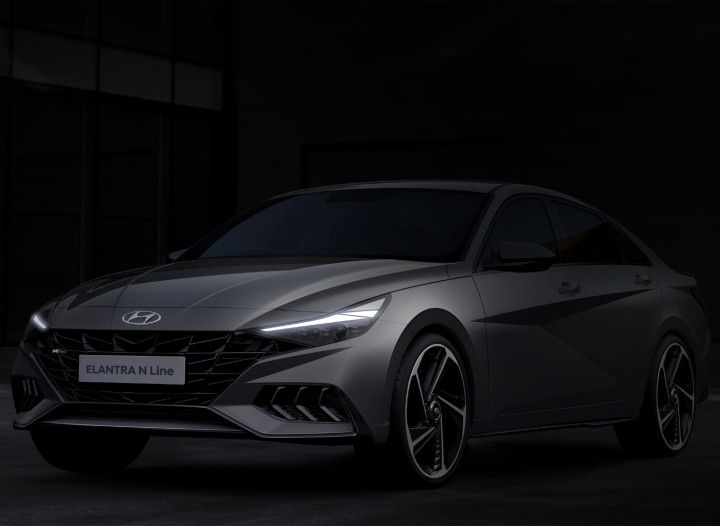 Back in March 2020, Hyundai took the wraps off the 2021 Elantra, which featured a... erm… controversial design. But it did grow on us eventually and we particularly liked the coupe-like silhouette. Now though, Hyundai is cooking up a hotter N Line version and has revealed the first design render of the sportier sedan.

But first, let’s set things straight. The Elantra N Line is not a full-fledged Hyundai N performance car. It's more of a BMW M340i rather than a full-fledged BMW M3. But hey, who doesn’t like a car that looks hot with a bit more performance on tap.

Naturally, being an ‘N Line’ variant, this Elantra gets a sportier design. The large cascading grille features a unique design detailing that’s exclusive to the N Line variant and is flanked by aggressive air intakes that Hyundai says takes inspiration from motorsport. The 18-inch alloy wheels with low profile tyres fill the wheel arches nicely and coupled with the lower ride height, the Elantra N Line has a meaner stance as well. At the rear, there’s a faux diffuser and dual-exhaust outlets. Overall, these updates gel well with the car and make it look better than the stock car.

Hyundai is yet to reveal the interior of the Elantra N Line. While the basic layout could be similar to the standard model, it will feature plenty of red design elements to differentiate it from the standard model. We also hope Hyundai throws in sports seats to do justice to the N Line tag.

The carmaker is yet to reveal the motor that will power this souped-up Elantra. But reports suggest that it could utilise a gently massaged version of Hyundai’s 1.6-litre T-GDI engine that could develop around 200PS of power. A 7-speed dual-clutch transmission could be the sole transmission choice but we hope a stick shifter is also offered for the purists.

The Hyundai Elantra N Line will be revealed in full in the coming months. But will it come to India? Hyundai has considered the idea of bringing its N range of cars to India in the past but that hasn't materialised yet. If launched, this could be an alternative to the Skoda Octavia, the only car in the segment that satisfies petrolheads with its performance.