2020 Tata Gravitas: Here’s All We Know About The Upcoming 7-Seater SUV 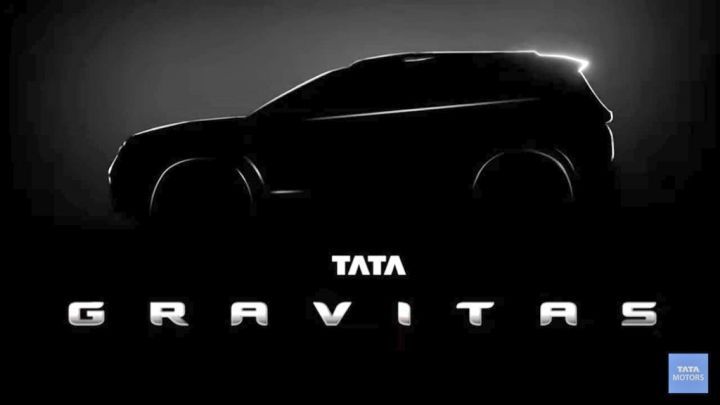 Tata Motors told us all yesterday that its new flagship SUV will be called the Gravitas. The company also disclosed that it will be revealed in February 2020. From its silhouette, we have deduced that it is possibly the 7-seater sport utility vehicle (SUV) which we first saw as the Tata Buzzard (H7X) at this year’s Geneva International Motor Show. It has been spied testing, fully camouflaged, multiple times in the past few months. It shares the Harrier’s platform and possibly other components. It will go up against rivals like the Mahindra XUV500 and the upcoming 7-seater MG Hector. We expect the Gravitas to come at a premium of Rs 1 lakh over the Harrier, or from Rs 14 lakh to Rs 17.96 lakh. Here’s a look at all the things we know about the upcoming Tata Gravitas:

The Gravitas is the second car to be built on the Optimal Modular Efficient Global Advanced Architecture (OMEGA Arc) after the Harrier. We loved the Buzzard’s tall stance, flared wheel arches, and D-pillar styling. The Gravitas will be longer than the Harrier. It is also likely to retain the Buzzard’s raised roof design which we have seen in test mules. A more upright tailgate and longer overhangs will differentiate the Buzzard from the Harrier. Changes to the rear fascia seem to be more extensive than those to the front. The Gravitas might have more chrome in its fascia to give the flagship Tata a classier, more premium appearance.

Fiat’s 2.0-litre diesel engine powers the current Harrier. In the BS4 spec, it makes 140PS and 350Nm of torque. Tata could update it to comply with BS6 norms and package it as the only option for the Gravitas. With the added weight of the design modifications as well as two extra passengers to lug around, the company might give the Gravitas a bump in power.

We have some more good news, too -- a test mule spied last month gave us a peek into the cabin. You can read that story here.

The Gravitas could be offered with the long-awaited 6-speed automatic sourced from Hyundai. The Harrier’s 6-speed manual would likely be the standard transmission.

Our peek into that test mule also showed us that the Gravitas will retain most of the Harrier’s interior furnishings - from the instrument cowl to the protruding touchscreen to the acres of piano black and silver finish that makes the SUV feel properly premium. The protrusion in the roof starts from the second row, so second-row passengers will get more room, too.

So the Gravitas will have the Harrier’s 8.8-inch touchscreen which also features Android Auto and Apple CarPlay. We also expect it to have cruise control, keyless entry and push-button start (maybe some connected car features?), automatic headlamps, and rain-sensing wipers. Terrain and drive modes are likely as well. Would a sunroof be too much to ask for?

The Gravitas will have the full suite of government-mandated safety features like reverse parking sensors, front airbags, ABS, EBD, speed alert, and seatbelt warning. In addition, it will also get side airbags up front and curtain airbags for the second row, cornering lamps, hill start assist, hill descent control, as well as a reversing camera. Curtain airbags for the third row are a logical addition, though we are not sure the Gravitas will offer them.

So what do you think of the upcoming Gravitas? We reckon it has all the ingredients necessary to make it an effective softroader. The big question is, can it create a wave where the Harrier was but a ripple? Watch this space to find out.