Gets a massive grille, a more powerful hybrid system and a thorough update to the interiors 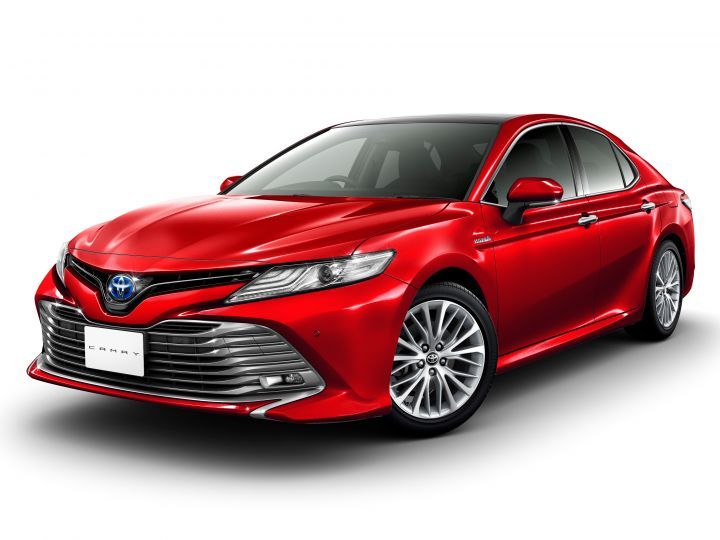 The Toyota Camry has been launched in the country at Rs 36.95 lakh (ex-showroom, India). Compared to the older Camry Hybrid, the prices have been reduced by Rs 27,000. But this is the introductory price and it will be revised in a few months time. If you are an environmentalist, you will appreciate the fact that only the hybrid variant has been launched in the country and there is no petrol-only option. In this tenth generation, the Camry has become larger in terms of dimensions and has received a brand new set of interiors. Also, the hybrid powertrain is now more powerful and uses the second-generation Toyota Hybrid System. Let's dive a bit into the details.

In its current generation, the Camry borrows its TNGA-K platform from cars like the Lexus ES. This has made the Camry 35mm longer, 15mm wider and 35mm lower. Also, the wheelbase has grown by 50mm and the nose of the car has been lowered for a better stance. The wide grille is part of Toyota's 'Keen Look' design philosophy and makes the Camry looks drastically different from the previous one. The headlamps too are now LED projectors and get three rows of LED DRLs. At the back too, it's a new design with slim LED guide lights which make the sedan look more premium.

Speaking of premium, the interiors have received a serious upgrade. The old-school layout has been replaced by a more premium setup with ambient lighting and a 'Y' shaped casing which gets an 8-inch touchscreen infotainment system. Sound output is via a 9-speaker JBL Dolby audio system. The cabin gets features like electrically 10-way adjustable seats with memory function for the driver, rear armrest with a capacitive touchscreen, 3-zone climate control, a leather-wrapped steering wheel with audio controls, cruise control and wireless charging.

The Camry continues to draw power from a hybrid powertrain which consists of a 2.5-litre petrol engine and an 88kW electric motor. The engine has been reworked and now makes more power. And with the next-generation Toyota Hybrid System (THS II), it now makes a combined output of 218PS of power and 202Nm of peak torque. Mated to an E-CVT automatic, the claimed mileage of the new Camry hybrid is 23.27kmpl.

The Toyota Camry also gets an update in the safety department. You now get 9 airbags, ABS with EBD, brake assist, vehicle stability control, traction control system, hill start assist and park assist as standard safety kit. Rivals still include the Skoda Superb, Volkswagen Passat and the Honda Accord.