While the Figo retains its identity, it seems to have been to a grooming parlour and dons a new suit as well 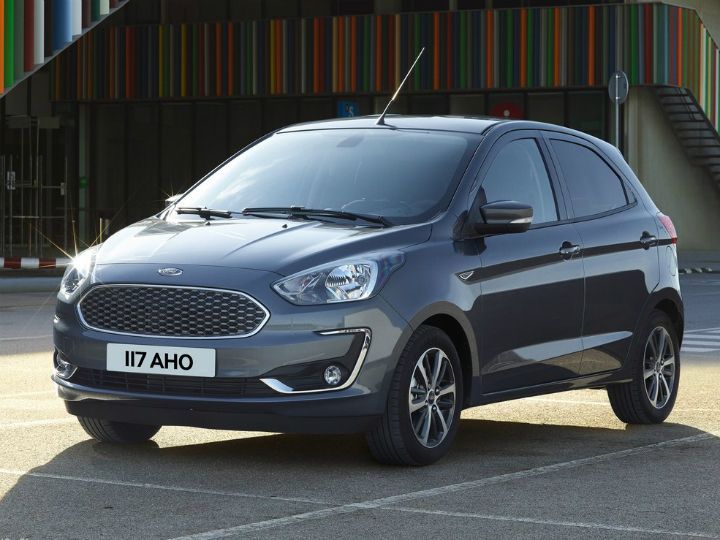 Ford has revealed the 2018 Ka+, which is the Figo's name in European markets. The updates add chrome touches to a design similar as the outgoing model’s, making it feel more upmarket. Inside, the Ford Figo gets some much-needed tech. With the Ford Freestyle being showcased, most of these changes have already been previewed to the Indian market. The only thing left for the carmaker is to slap the Figo nameplate on and launch it in the country. Expect this to happen by mid-2018.

Also Read: Is the Ford Figo AT the best Ford Figo?

On the outside, the Figo facelift (2018 Ka+) retains the same shape, lines and even the headlamp and grille outlines. What's new is chrome. There’s a chrome mesh on the grille and the headlamps have been reworked to have chrome inserts as well. The bumper is new and gets a reworked air-dam and fog lamp housing with the kink we saw on the Ford Freestyle. But, guess what? That kink has also been dressed in chrome.

Also Read: What is the Ford Freestyle?

The taillamps have been reworked and possibly feature LEDs. The rear bumper is also new and features similar creases as the front to complete the look. Similar changes are expected to take place in the Aspire sedan as well.

Inside, the car retains the dashboard, steering and instrument cluster. What’s changed though, is the cluttered centre console which has been replaced by a 6.5-inch touchscreen. This system runs the latest SYNC 3 connectivity suite which supports Android Auto as well as Apple CarPlay smartphone connectivity. Leather upholstery is expected to be offered as well.

Moving to the engines, the Figo facelift should get a new 1.2-litre three-cylinder petrol motor from the Dragon series. The new 1.2-litre engine is capable of developing 96PS of maximum power and 120Nm of peak torque paired with a 5-speed manual transmission. The diesel until will be carried over from the current model - a 1.5-litre, 4-cylinder turbocharged unit - with no changes expected in its performance figures.

Also Read: The Ford EcoSport with the Dragon engine reviewed