Ford is late to the faux-crossover party, but the Freestyle could be a value-for-money offering 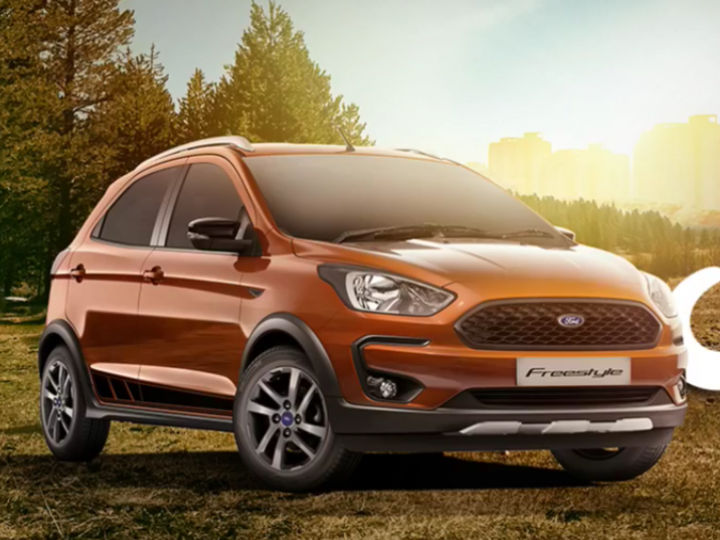 Ford has taken the wraps off the Freestyle, a crossover based on the Figo hatchback. The Ford Freestyle will be launched later in the year, bridging the gap between the Figo siblings and the EcoSport and taking on competition like the Hyundai i20 Active, Volkswagen Cross Polo, Toyota Etios Cross and the very popular Honda WR-V.

The Ford Freestyle is a beefed up Figo -- the ground clearance has been raised, a bit of muscle added with plastic cladding all around and some visual tweaks been made to help it stand out. The Freestyle gets a new mesh grille, a new bonnet design, new fog lamp housing, alloy wheels, roof rails and a new rear bumper. The crossover also gets a faux skid plate and new graphics on the side of the doors.

Inside, the changes look limited to the dashboard which now gets a 6.5-inch touchscreen infotainment systems with Ford’s latest SYNC 3 connectivity suite and Android Auto as well as Apple CarPlay smartphone connectivity. Feature details are still awaited as the list has not yet been disclosed. But expect all the kit from the Figo to be present here.

Ford has made some mechanical changes to the Freestyle apart from the raised ground clearance. Most importantly, it has added a new petrol engine. The 1.2-litre, 3-cylinder naturally-aspirated ‘Dragon’ engine was first introduced on the new Ford EcoSport. Developing 96PS of maximum power and 120Nm of peak torque, the Ford Freestyle is one of the most powerful cars in its class. The engine is paired to a new 5-speed manual transmission from Getrac with power sent to the front wheels. The diesel engine variant will be launched later, and will get the familiar 1.5-litre, 4-cylinder turbocharged unit found on the Figo and Aspire, with no changes to its performance figures.

While the top-of-the-line Freestyle is expected to be loaded with safety tech such as reverse parking camera, sensors, 6 airbags and an emergency assist system, the standard safety systems will include ABS, EBD and dual airbags.