The 2017 Maestro Edge gets a retuned and BS-IV compliant engine, Auto Headlamp On (AHO), and new colour options 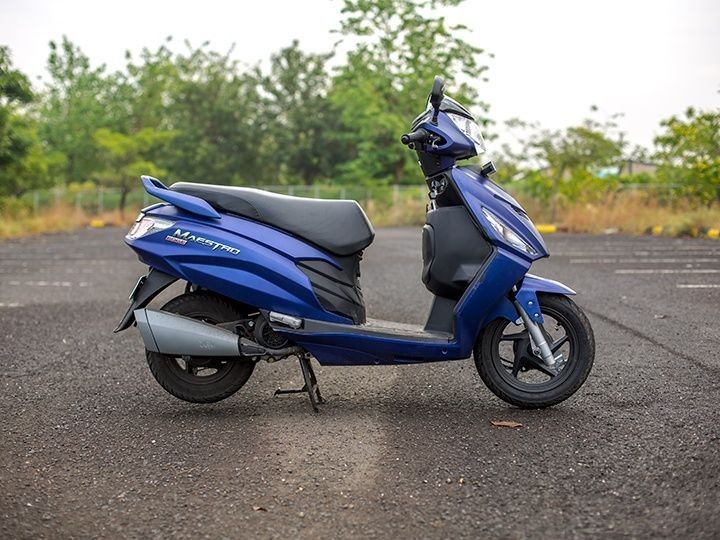 Hero MotoCorp’s first indigenously developed scooter, the Hero Maestro Edge, is getting an update for 2017, and images of the upcoming offering has leaked on the internet. The images come via the way of brochures and give us almost a complete picture of what to expect from the 2017 iteration.

The most significant mechanical change to the retuned engine of the 2017 Maestro Edge is that it is now BS-IV compliant. Unfortunately, in the process, the power figures have come down marginally and now stand at 8PS at 7,500rpm, down from 8.43PS at 8,000rpm. Torque, meanwhile, has increased a smidge from the previous 8.3Nm at 6,300rpm, and now stands at 8.7Nm at 5,500rpm. It is noteworthy that since both peak power and torque are produced at lower rpms, the new Maestro Edge could be more fuel efficient than before. It could also have better rideability in the city.

In terms of features, the 2017 Hero Maestro Edge will become the first Indian scooter to feature Auto Headlamp On (AHO), a safety feature that turns the headlamp on at all times and is set to become mandatory on all Indian two-wheelers from this year onwards. There are no more new and noteworthy features, but it still retains its LED tail lamps, digital analogue meter console, integrated braking system, and mobile charging port with boot light. Tubeless tyres, engine immobiliser, and external fuel filler cap are also present and well.

Prices for the 2017 Hero Maestro Edge haven’t been announced yet, but the current model retails for Rs 50,330 and Rs 51,780 for the steel-wheeled variant and alloy-wheeled variant, respectively (All prices ex-showroom, Delhi).  When launched, it will go up against the likes of the Honda Activa.