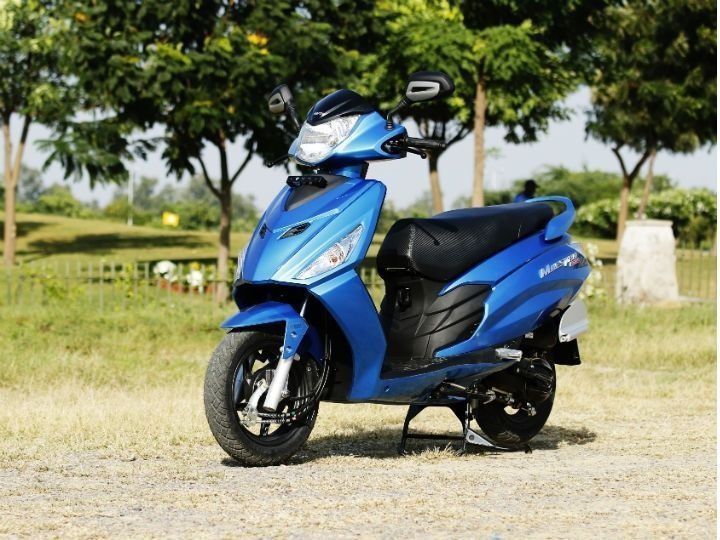 Despite being a dominant name in the motorcycle segment, Hero MotoCorp failed to make a lasting impression in the scooter segment. While erstwhile partner and current rival Honda has been song with its scooter sales increasing almost every passing month. To arrest this slide, it introduced the new Maestro Edge scooter in the Indian market few months ago. And the new scooter seems to have done the trick for the largest two-wheeler manufacturer in the country as it announced that the Hero Maestro Edge has become its highest selling scooter in India. Hero hasn’t divulges exact sales figure for the Maestro Edge but the new scooter alongside the Maestro registered a combined sales figure of 65,000 units. This also makes the Hero Maestro, the second highest selling scooter in the Indian market behind Honda Activa and ahead of the TVS Jupiter. Also Read: Hero Maestro Edge vs TVS Jupiter Comparison Review

The Hero Maestro Edge is powered by a newly developed 110cc air-cooled single cylinder motor that generates 8.4PS of maximum power at 8,000rpm and peak torque of 8.3Nm at 6,500rpm. Talking about performance, Hero claims a top speed of 85kmph which is decent and comparable to scooters in this segment. Hero has loaded the new Maestro Edge to set it apart from its rivals. It gets equipped with an external fuel filler cap which is a welcome addition. The ignition key is microchipped and multi-function, so it acts as a steering lock, ignition, remote seat release and even remote fuel lid release. The new Maestro Edge also gets pass light switch, LED tail lamp, semi-digital instrument console.

Other additions include boot light and under seat USB to charge mobile phones. Storage capacity is also generous at 22 litres. Hero MotoCorp has launched the new Maestro Edge in two variants – LX and VX. The LX is the base variant and loses out on many features but this has allowed Hero to price the scooter competitively at Rs 49,500 (ex-showroom Delhi) which makes it on par with the Honda Activa while being just Rs 1,500 more than the TVS Jupiter. The fully loaded Hero Maestro Edge VX variant carries a sticker price of Rs 50,700 (ex-showroom Delhi) and given the additional features for a marginal premium.