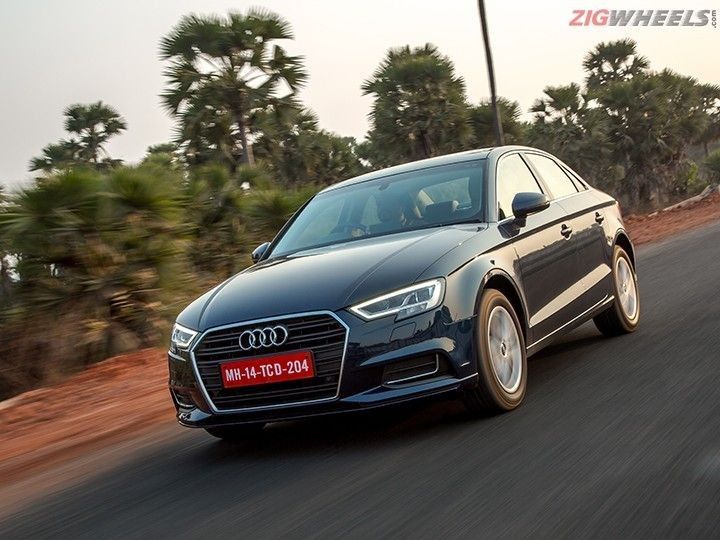 Audi has launched the facelift of its entry level car in India, the A3 sedan, at a price of Rs 30.5 lakh for the 35 TFSI petrol and Rs 32.3 lakh for the 35 TDI diesel (all prices are ex-showroom, Delhi). This is the fourth update by Audi this year, with the first three being new engine options for the A4, Q3 and the launch of the A3 Cabriolet facelift. Speaking of the A4 sedan, the new A3 ditches its 1.8-litre TFSI engine and borrows the 1.4-litre TFSI engine from its elder sibling. The diesel engine remains the same and the car gets minor tweaks all around.

The 35 TDI Premium Plus is Rs 60,000 cheaper than before whereas the 35 TDI Technology is Rs 15,000 more expensive than before. (All prices ex-showroom, Delhi)

As mentioned above, the new Audi A3 is powered by a 1.4-litre TFSI petrol engine which produces peak power of 150PS and peak torque of 250Nm. This is a reduction of 30PS in power with the torque remaining the same when compared to the older 1.8-litre mill. It is mated to the same 7-speed S-Tronic automatic gearbox and returns a mileage of 19.2kmpl, a hike of 2.8kmpl from before. This new engine also features the ‘Cylinder-On-Demand’ functionality which shuts off two cylinders while cruising for better efficiency.

The diesel engine is the same 2.0-litre TDI mill which produces 143PS of peak power and 320Nm of peak torque. It comes mated to a six-speed DSG gearbox and returns a mileage of 20.38 kmpl, which is about 1kmpl over the petrol.

In terms of upgrades on the outside, the A3 now gets closer to the new A4, which was launched back in September last year. It gets Audi's signature front grille with a reworked bumper. The major change is the all new headlamps which can now be had with full LED lights while the Xenon Plus units are standard (replacing the old multi-reflector halogens). A downer here is that the internationally offered Matrix LED headlamps are still missing, even as an option. The side profile remains identical to the older car but the 2017 A3 gets new 16-inch alloy wheels.

Come to the rear and you will notice a new pattern for the tail lamps which Audi claims to have a "three-dimensional effect". Apart from that, the A3 now gets dynamic turn indicators and a re-chiseled bumper. Overall, the A3 facelift look a lot sharper than the old model and would definitely appeal more to the younger audience.

Jump inside and the first thing you will notice is that the four-spoke steering wheel has made way for a sporty three-spoke one -- borrowed from the India-bound Q2. Other than that, there is no significant change in terms of the layout of the cabin. In terms of features though, the 2017 Audi A3 gets an updated MMI system and a phone box in the centre armrest which strengthens the signal of the phone via the car antenna, while wirelessly charging it. Other elements remain the same, with the fit and finish being Audi-worthy.

The 2017 A3 will continue to rival its only competitor in India, the Mercedes-Benz CLA, which also received a facelift in November last year. For someone looking for an entry into the luxury segment, the A3 also has to rival the BMW 1 Series and the Mercedes-Benz A-Class as well. To know how the A3 is in the real world, check out the First Drive Review.