Top Car News That Grabbed The Spotlight This Week

An important announcement you all have been waiting for, some high profile launches, and a couple of unveils are the highlights of this edition’s wrap-up 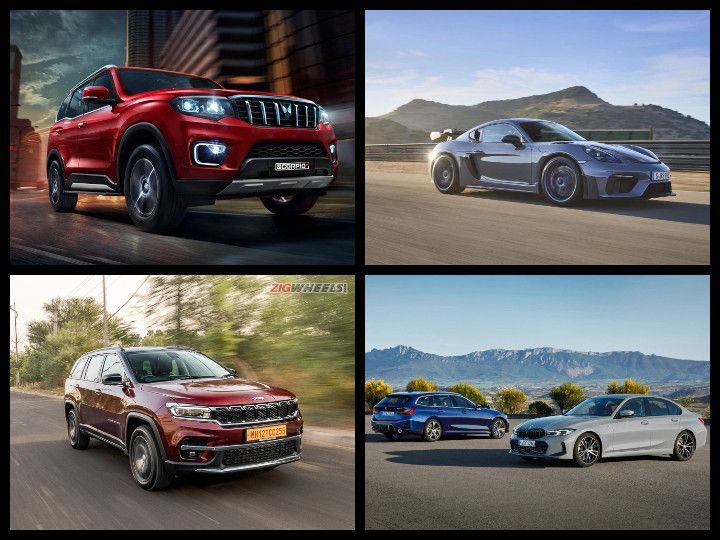 The past week saw a couple of important proceedings in the four-wheeler world. Missed tuning into ZigWheels due to your busy work schedule? Then fret not as we have compiled all the headline grabbing news in our latest weekly wrap-up.

The announcement many of you have been waiting for. Mahindra has revealed the launch date of its upcoming offering, the 2022 Scorpio, which will be called the Scorpio-N. Find out when prices are being announced here.

There Is A New Toyota Fortuner Rival In Town

Jeep India has launched the Meridian, a three-row SUV which is aiming at big guns like the Toyota Fortuner and MG Gloster. Deliveries for this SUV are slated to commence from June. And if you’re interested in booking one, you may want to check the prices here

Usually, luxury carmakers take a couple of months to bring in their latest offering after it has been unveiled internationally. But not Land Rover. Soon after unveiling the 2022 Range Rover Sport, the British carmaker has announced prices of its latest offering.

Lighter, more powerful, and a whole lot faster. The new Porsche 718 Cayman GT4 RS is here to blitz our roads with its incredible performance gains. But, it comes at a price and commands a hefty premium over the standard car.

We all must have thought that the new Santro would have carried the incredible legacy of its predecessor and must have become a runaway success. But sadly, the tides weren’t towards its favour and Hyundai India has axed the Santro for the second time.

Ok ok… If you didn’t know the meaning of Life Cycle Impulse (LCI), it’s facelift in BMW’s speak. The 3 has got more aggressive styling touches, a radical interior, more tech, and cleaner engines as part of its midlife update. Find out when it’s coming to India here.

Volkswagen and Mahindra will join hands, where the latter intends to use Volkswagen’s MEB components such as the electric motor, battery cell and components for its upcoming Born EVs. More details about this important news can be found here.

Mercedes-AMG has already gone electric with the EQS and EQE performance saloons. But there is a new standalone hypercar coming real soon, and the concept has been unveiled. And the looks, well, you need to take a dig at it here.