The Jeep Meridian Goes On Sale In India, Priced From Rs 29.90 Lakh

With the Meridian, Jeep is aiming to go big by targeting well established rivals like the Toyota Fortuner, MG Gloster, and Skoda Kodiaq 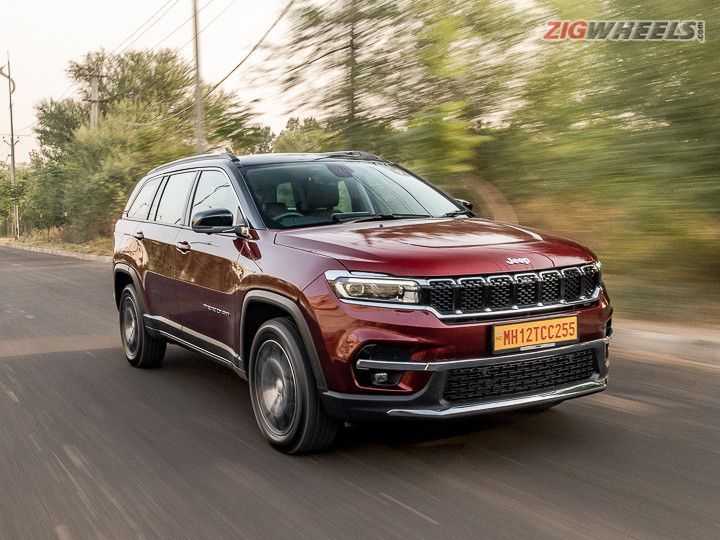 Today, Jeep India has launched its next mainstream offering after the Compass, the Meridian, from Rs 29.90 lakh (ex-showroom). It’s offered in two broad trims – Limited and Limited (O) – and comes with a diesel engine only at the moment. The Meridian is offered in a total of five variants and below are the variant-wise prices here:

The Meridian is essentially a Compass derivative, but looks nothing like it. Sure, traditional design touches like the 7-slat grille and slim headlamps have been retained. But, the upright stance, sporty-looking 18-inch alloys, and the squared wheel arches give it proper SUV vibes. A leaf has been taken out of the Grand Cherokee’s book with the design of the connected LED tail lamps.

Inside, the dashboard design has been lifted off from the Compass, which ain’t a bad thing, as quality and the overall ambience is good. It also comes finished in a black/brown colour scheme to distance itself from the smaller SUV. Highlight, though, is the third row of seats which are best suited for kids or short adults for small journeys. You don’t have the option to slide the second row.

The new Meridian gets just the 170PS 2-litre diesel engine, that can be teamed with either a 6-speed manual or a 9-speed automatic transmission. Front-wheel drive is standard, while you can pair the auto ‘box can be teamed to an optional all-wheel-drive system. To know how the Meridian fares off-road, read our in-depth first drive review.

On the safety front, the 2022 Jeep Meridian is equipped with a tire pressure monitoring system (TPMS), six airbags and a 360-degree camera. It fends off competition from the Toyota Fortuner, MG Gloster, and Skoda Kodiaq. 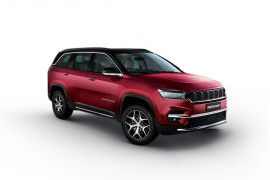 All Comparisons of Jeep Meridian