Called the Scorpio-N, the new Mahindra SUV will be launched on June 27 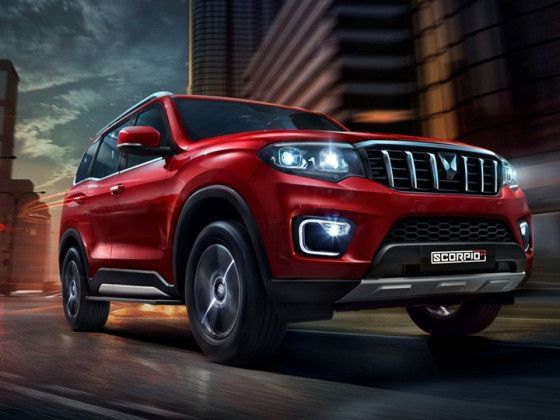 Barely hours after Mahindra announced its launch date, the 2022 Scorpio has been revealed in official images ahead of its launch on June 27. It’s the next-generation version of the Scorpio SUV and will be called the “Scorpio-N”. Get a look at it in the video below:

Only the exteriors of the new Scorpio N have been revealed so far, and they bear a striking new bodywork with clean lines and more curves – a departure from its boxy predecessor. Up front, it has LED projector headlights, a 6-slat grille with the new Mahindra logo, and bumper-mounted daytime running lights placed on the fog lamp surrounds.

Viewed from the sides, the Scorpio N retains its upright stance with a sleek overall aesthetic. It gets machine-cut alloy wheels, sleek plastic cladding and flared wheel arches. It’ll be available in 6-seater and 7-seater layouts with ample glass area for all three rows. The Mahindra Scorpio N will also get an electric sunroof.

Other features and equipment details can be found in our stories linked below:

The 2022 Scorpio-N will be powered by similar engines as the Mahindra XUV700, which is available with 200PS 2-litre turbo petrol and 155PS and 185PS 2.2-litre diesel powertrains. A 6-speed manual gearbox will be standard, and a 6-speed automatic option will be on offer. The new Scorpio will also get 4x4 options with both petrol and diesel engines.