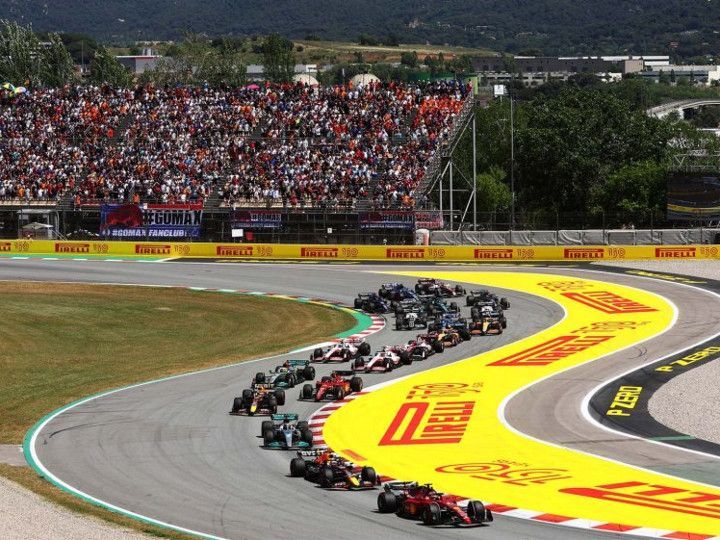 The 2022 Formula One technical regulations aimed at making more raceable cars, and the Circuit de Barcelona-Catalunya was going to be a key test of the new formula. The good news is these cars have passed this test with flying colours as the Spanish Grand Prix saw battles up and down the field, differing tyre strategies and a bit of drama at the front as the cherry on top. All this culminated in the drivers’ championship lead changing hands thanks to victory from Red Bull Racing’s Max Verstappen. Here are the winners and losers of a scorching hot fifth round of the 2022 season:

Reigning drivers champion Max Verstappen continued his strong consistency by scoring his fourth win of the season for Red Bull Racing, but it was anything but straightforward. Starting second, the Dutchman faced multiple hurdles such as an early spin dropping him to fourth position, and intermittent DRS issues hampering his attempts to pass the Mercedes of George Russell. But some smart strategy and of course his teammate Sergio Perez letting him pass for the lead via team orders won him the race.

On the other side of the garage, Sergio Perez had done pretty much everything right in keeping things clean and on for a potential win. But with Max Verstappen being on fresher tyres, and the Dutchman being the closest challenger to Charles Leclerc, Perez relinquished the lead to finish second and make it a Red Bull 1-2 finish. With Ferrari’s Charles Leclerc retiring from the race, it's a huge points swing as Verstappen now leads the drivers standings by six points, with Red Bull Racing now leading Ferrari by 26 points in the constructors standings.

Is Mercedes back on form? Well not entirely, but they’ve definitely made a major step towards it at Barcelona. Starting fourth on the grid, George Russell snuck into third, and was up to second place after Verstappen’s spin. More importantly, the Brit put up a valiant defence against both Red Bulls. Sure, Verstappen had DRS issues, but when it worked, Russell managed to fend off his attacks. While both Red Bulls did manage to get ahead of Russell, it was a fine drive to third position, scoring his second podium for Mercedes.

It was looking to be a long afternoon for Lewis Hamilton after a tangle with the Haas of Kevin Magnussen meant he was last at the end of the opening lap. But some sublime pace and smart strategy work meant the seven-time world champion sliced through the field to finish fifth and earn a well deserved driver of the day.

Qualifying may have been a disaster for Alpine, but they certainly made up for it in the race. Esteban Ocon sliced through the field from 12th on the grid to finish in seventh place. His teammate and double-world champion Fernando Alonso recovered from a back of the grid start to finish a strong ninth.

Alfa Romeo’s Valtteri Bottas seems to have a knack of being the best of the midfield, as the Finn once again finished a strong sixth at the Spanish Grand Prix. On a day where teammate Guanyu Zhou had to retire from the race, Bottas’ drive means another strong haul of points for Alfa Romeo

On a day when Lando Norris was having health issues, the Brit managed to fly the flag for McLaren, finishing a valiant eighth where his teammate Daniel Ricciardo only managed a 12th place finish

At one point it looked like Ferrari was poised for a strong counterattack against Red Bull Racing, but that all came crashing down. The first domino fell when Carlos Sainz spun early on, with damage resulting in a lonely race to fourth place. The second and most crucial domino fell when Charles Leclerc, who was on for a dominant win, had an engine failure, which forced him into his first retirement of the season. This means, Ferrari have lost the lead in both the drivers and constructors standings to Max Verstappen and Red Bull Racing and will be hoping to bounce back in Monaco.

Aston Martin raised eyebrows when they rocked up to Barcelona with an updated car which looked eerily similar to the Red Bull RB18. But taking inspiration is one thing, and making it work is another, as both Lance Stroll and 4-time world champion Sebastian Vettel did not score points, finishing 15th and 11th respectively.

After qualifying in the top ten it was looking like a strong weekend for Haas. But things went wrong right from the opening lap, as Kevin Magnussen tangled with the Mercedes of Lewis Hamilton into turn 4. The resulting damage from it left Magnussen limping home to 17th position. While his teammate Mick Schumacher was up to sixth at one point, the German faded away towards the end, finishing in 14th position.

In seven days' time, Formula One will be heading to the streets of Monaco for the seventh round of the season. It is scheduled to run from May 27-29.