Here’s Your Exclusive Look At Facelifted Tata Harrier With ADAS

With the facelift, the SUV will get a redesigned front end sporting a new grille and headlights setup 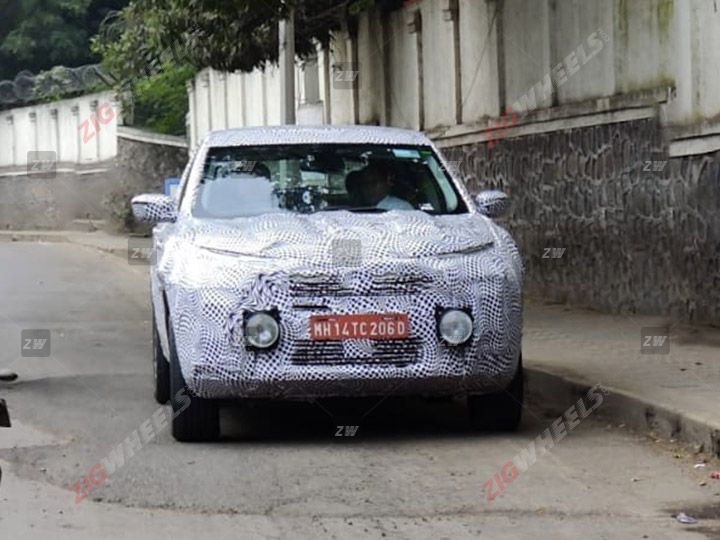 We’ve got our hands on the first set of snapshots of the facelifted Tata Harrier that the marque was caught testing for the first time. The facelift is expected to be a midlife update, bringing with it a few cosmetic tweaks, including design revisions to the SUV’s front end and new feature additions. An all-electric version of the Harrier might be on the cards after the launch of the facelifted ICE-powered Harrier.

Details are still scarce, but the front view of the spied mule reveals a radar system housed right in the middle of the lower air dam. This means, the facelifted SUV will feature ADAS, which will include adaptive cruise control, front collision warning and blind spot monitoring, in its safety suite. The front shot also reveals two incongruously placed headlights, but that is because the actual headlights are hidden, hinting towards a design rejig.

The key takeaway from the front is the redesigned grille, which is now running horizontally placed parallel grille lines. Other design revisions will include updated LED DRLs and headlights, fresh alloy wheels and changes to the front bumper.

Doing the job it is meant for, the guise hid any possible changes to the rear of the SUV. However, we expect it to get a slightly redesigned bumper and even new elements inside its taillights.

While we couldn't get a dekko inside the cabin of the facelifted SUV, you can expect a few touchpoints and finish revisions along with the addition of new features like a 360-degree camera, updated connected car tech features, a larger infotainment system, and an updated instrument cluster.

We don’t expect any powertrain revisions for the facelifted Harrier. Tata is likely to equip it with the same 170PS 2-litre diesel engine delivering 350Nm powering the current model. It should get the option of a six-speed manual and six-speed automatic gearboxes. An all-electric version of the Harrier could spring post the launch of the facelifted SUV.

Also Read: This Is The Most Powerful BMW Ever

The facelifted Harrier is likely to command a premium over the outgoing model that retails between Rs 14.7 lakh and Rs 22.2 lakh (ex-showroom). It is expected to debut at the 2023 Auto Expo (to be held in January) and go on sale later.

The SUV will continue to compete in the compact SUV and midsize SUV segments with the likes of the Toyota Hyryder, XUV700, Kia Seltos, Jeep Compass, and MG Hector.