Unveiled at the 2016 Delhi Auto Expo last month, the Volkswagen Tiguan has now been showcased to a select clientele in Mumbai recently, heralding its imminent launch in the country. Let’s take a closer look 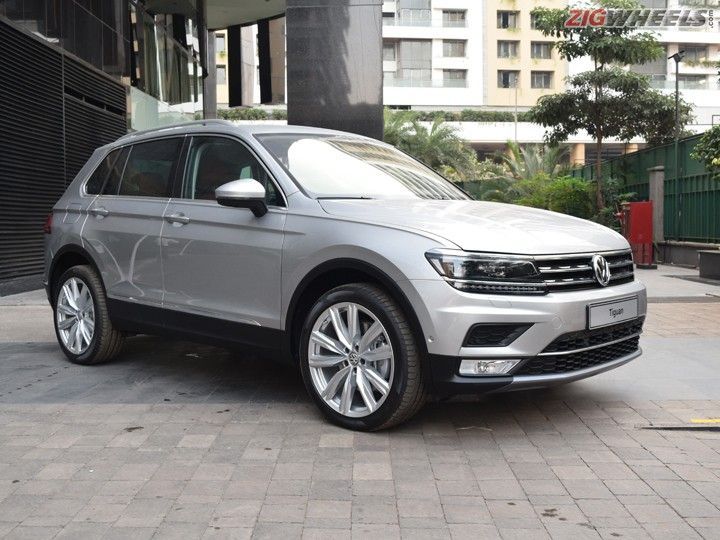 When it comes to sheer practicality, nothing comes close to compact SUVs. Be it ferrying the kids to school or picking up the in-laws and their assorted luggage from the airport, bullying your way out of chaotic Indian traffic, or indulging in the occasional mud romp over the weekend, SUVs reign supreme. This is why they have quickly become the vehicle of choice for a vast number of consumers, and have moved out from being just the weapon of choice for outdoorsy-type men. Never mind the decreased driving pleasure or their penchant for guzzling slightly more fuel, because these offer the best of both worlds.

Unveiled internationally last year, the new Volkswagen Tiguan was also showcased at the 2016 Auto Expo last month. And now, it has been showcased to a select clientele in Mumbai. When it launches here later this year, it will be VW’s first compact SUV in the country, slotting in below its bigger brother, the Touareg.

Riding on Volkswagen’s universal MQB structure that also underpins the current Skoda Octavia and Volkswagen Passat, the Tiguan is an SUV that buckles the tradition of being brash and in-our-face. In typical VW tradition, the styling is understated and subtle, and honest to a fault. There’s nothing you can take offence with, and it overall looks like a Golf on stilts, which it actually is. It does have a certain road presence though, being 60mm longer, 33mm lower and 30mm wider than the outgoing version. At 2,681mm, the wheelbase is longer too, but the Tiguan is still 50 kilos lighter than its predecessor.

Nevertheless, the LED daytime running lights, honeycomb-pattern air scoops, fog lamps, and generous lashings of chrome on the grille give the Tiguan quite a purposeful look up front. The stylish 10-spoke alloys and black side skirts give in a subtle aura of sportiness from the side, and the twin exhaust pipes peeking out from underneath the sporty diffuser does the same at the rear.

It is the same understated and innocuous Germanic affair inside. Everything is well laid out and legible, and the red-coloured accents on the upholstery and doors serve to lighten up what could otherwise have turned into a drab affair. We had our time with the left-wheel drive version of the Tiguan, but the cabin is basically what you will encounter inside the Golf, with little changes. The rear seats can slide and recline, giving more space for luggage, and there’s 470 litres of boot space to hold almost anything a medium-sized family can throw at it. With the rear seats folded, boot space increases to a 1510 litres, quite substantial but not the best in its segment.

Internationally, the Tiguan comes with a choice of two powertrains: a 2.0-litre turbodiesel unit developing 140PS and 323Nm, and a 1.4-litre TSI petrol affair that puts out 122PS and 240Nm. We reckon Volkswagen will initially bring in the Tiguan with the TDI 4Motion mill into the country, although the petrol unit could also be offered later on.

Seeing how most SUVs in the Tiguan’s segment are rarely taken off-road, we believe its base versions will be offered as front wheel drive although higher variants are expected to get all-wheel drive as an option too. The all-wheel drive variants will also get selectable modes for different terrain, which should endow the Tiguan with respectable off-roading abilities.

When it lands here later this year, expect the Volkswagen Tiguan to play ball with the likes of the already-established Toyota Fortuner, Ford Endeavour and the recently launched Chevrolet Trailblazer. With an estimated price tag between Rs 28 to 30 lakh, the Tiguan though is expected to be high on safety features, creature comforts and equipment, and be a cut above its competition.