The S-Cross has had its second service done and with the advent of the monsoon, longer drives are guaranteed 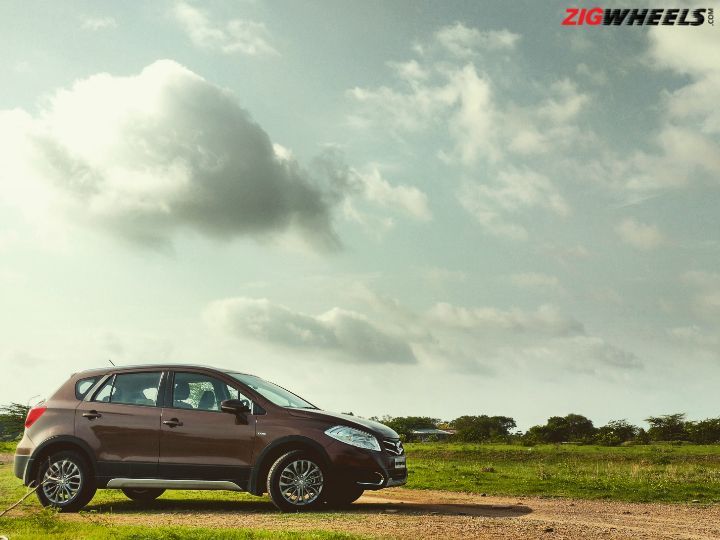 A combination of factors (short office commute, availability of better cars for the highway, work, laziness) has meant that I have never ever been able to take the Zen for service before it is due. But that is not the case with the S-Cross; it's already had its second service done, more than a month before it was due! The interval for the second service is at 5000km/6 months from purchase, whichever is earlier.

The second service, like the first one, is purely about inspection - nothing is replaced unless it is required. I had them clean the car thoroughly because spiders seemed to have taken a liking for it - is the brown colour the culprit here?

There is something that Maruti Suzuki has to take care of if it has to keep up this 'premium' character of Nexa network and the cars sold through it - service. While cars like the S-Cross are sold exclusively through the Nexa dealer network, there is no dedicated service station network for them. You have to visit the same, often crowded, service stations where 'normal' Maruti cars are serviced.

I got the S-Cross serviced at the Maruti Care Point on Baner-Aundh Road, and even though it was a Monday morning and I reached there before anyone else (take the operational times given on Google with a pinch of salt) - the place was full of cars! I can imagine the stress that personnel at these service stations go through to get the work done on time, and I am a bit worried as to how well they will be able to look after my car. The service advisor reported no problems, and they did not ask me to buy a windshield washing solution this time! Total bill: Rs 0.

Since the last update, I have driven the car for 1500-odd kilometres more - and it has been a mixed feeling. Having LED guide lights has been a boon! I keep them on every time I drive. Why? It seems to make most other road users think twice before trying to execute that stupid manoeuvre which will make you slam the brakes. At night, the projector lamps have the same effect: the white light makes most motorists take notice and give me the space I am comfortable with.

Pottering around town in the S-Cross has been a test of patience. With the type of traffic you have in Pune (it can seem like people have given up the responsibility for their own safety), you have to be on your toes constantly. The taller gearing is making it difficult to drive the S-Cross smoothly in traffic and that adds to the tension.

Watching the expected range or average fuel-efficiency displays on the driver information display drop considerably is the biggest motivation to want to get out of town. Thankfully, the prices of diesel have remained low, even though they keep changing almost every day now. The average cost of driving the S-Cross is only Rs 4/km as compared to Rs 7/km of the Zen!

The S-Cross has a decent set of stock speakers and the myriad ways of connecting to a media source (USB/AUX/Bluetooth) help take those blues away. I have had some issues with the Bluetooth deciding to drop connection recently, but I think there is a problem with my phone, let's see.

The S-Cross does not have the best sound insulation, I notice - on anything less than a perfect surface you can notice the tyre noise; the JK Elanzo NXTs with their aggressive treads should be upgraded for a quieter ride. Before the monsoon kicked in, I could also frequently hear the A/C compressor come on-and-off while idling - I have yet to enquire why that is.

I have made two quick trips out of town this month, one to Mumbai and another one to Ahmednagar-Deolali-Nasik. And boy, does the S-Cross 1.6 feel like it is meant for these trips! On an open stretch of road, the cruise control helps me relax - with the engine ticking along at 1,750rpm, the car coasting along at 100kmph in sixth gear. The car handles most high-speed conditions with aplomb, with only the worst expansion joints or unexpected rumble strips making themselves felt. On the trip from Pune to Mumbai and back, which also consisted of some in-city trips through the dreaded (according to my friends in Mumbai) Western Express Highway, the S-Cross returned 17kmpl!

It is fast, comfortable and efficient - but there is an NVH issue.

There is this noticeable drone, accompanied by vibrations, which occur when the engine is in the 1,250-1,500rpm range. I have to drive another 1.6 S-Cross to make sure that this is not an issue with my car - fingers crossed!