The Bolero Neo takes the place of the TUV300. So who is the customer that this new moniker is looking to attract? 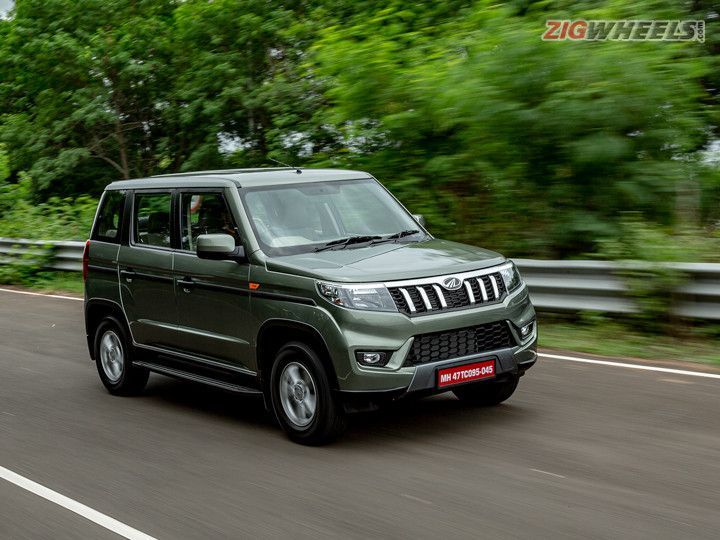 Change can be good. To keep us on our toes, refresh our outlook and allow us to return to everyday humdrum, refreshed. But can a change of name change one's fortunes? Mahindra is hoping this is true with the Bolero Neo. Maybe some of the Bolero's legendary sales will rub off on the TUV300? I mean the Bolero Neo.

It's Different From The TUV300

Yes, but the changes are subtle. The DRLs shift to the top of the headlamps now and the bonnet gets a Bolero like grill. The bumper design has also been refreshed a little. On the side there is a new cladding that runs across the length of the Neo, at the height of the door handles, mimicking another Bolero trait. There is also a new alloy design and the tyre profiles have changed to 215/75 R15s.

The C and D pillar have also changed slightly, with the body colour panel moving from the C to the D-pillar. The clear lens tail lamps that made an appearance in the last TUV300 facelift have changed back to a red colour. At the rear is the new Bolero Neo badging and the tailgate mounted X-shaped spare wheel cover.

Mahindra has also lowered the Bolero Neo to make it look friendlier to customers. They've done this by lowering the height of the bonnet by 20mm as well as lowering the body onto the frame but modifying the mounting points. This has helped give it better ingress but has managed to keep ground clearance the same.

The insides of the Bolero are spacious, with plenty of head room and reasonable leg room. There's even more than enough room for three abreast to be seated comfortably in the second row. The four doors take 1-litre bottles and have space for some small knick knacks too. There are two cupholders in the front console but the tiny cubby holes are too small to fit modern cell phones. One nice touch is the reading lights that can be adjusted. Mahindra says that the interiors are designed by Pininfarina but don't expect Italian levels of luxury here. What you do get is a spacious interior that feels rugged and built to last but not as comfortable as its other sub-4 metre counterparts.

Boot space is a slightly limited 384 litres but the 2nd row does fold so that makes hauling large items easier.

Cruise Control, a new MID and instrument cluster, 7-inch touch screen with Bluetooth and 6 speaker sound system are the headlining features. It covers just about all the basics and even has powered windows, tilt steering, central locking, engine start stop and parking sensors as standard. But no 'wow' features to speak of and some features have even been deleted from the TUV300's list.

The rear view camera that was added with the last TUV300 facelift has disappeared. Though the head unit is still compatible with a reversing camera so it can be added in the after market. The driver seat lumbar adjustment, storage tray under the driver's seat, storage on the tailgate and leatherette upholstery have also disappeared from the features list.

There are seven seats in the Bolero Neo and the side mounted jump seats have been retained in the boot. But there's very little shoulder room and they still don't even get lap belts, leave alone a three point seat belt, so we can't really recommend them.

As a five seater there is plenty of room and if you unbolt the two extra seats you will end up with a lot more usable luggage space.

The Bolero Neo is powered by the Mahindra mHawk 100 which has now been tuned to meet BS6 emissions. This has an AdBlue tank added now and that's caused the fuel filler lid to get a little bigger. The mHawk 100 is a 1.5-litre, 3-cylinder diesel that makes 100PS and 260Nm. Power is sent to the rear wheels via a 5-speed manual gearbox but we understand that an AMT may make an appearance later.

The three cylinder engine delivers smooth tractable power in the city and a light clutch, steering and brakes and excellent visibility from a high seating position, make it a breeze to drive in congested city traffic.

If you opt for the N10(O) variants then you get the Multi-Terrain Technology (MTT) which is a mechanical locking differential that helps in getting around tricky situations like mud, slush or gravel. So if one wheel loses traction the differential locks and sends power to both wheels, digging it out of a tricky situation where a car without this system would be left spinning its wheels and getting stuck. In short it's not as capable as a full 4x4 transmission but better than a regular 2 wheel drive setup.

Safety features include dual airbags, ABS & EBD, corner braking control and reverse parking sensors as standard. Isofix mounts are available in the N10 & N10(o) variants. Mahindra have also added in additional side reinforcement to the door panels, which increases side impact protection. It also helps when people check the Bolero Neo's toughness quotient by pushing at the door panels, which now have much less give in them.

Prices of the Bolero Neo start at Rs 8.48 lakh and go up to Rs 10.00 lakh for the N10. This is a slight drop in the entry price compared to the outgoing TUV300 and a small increase for the middle and top variants.

Mahindra hasn't released prices for the N10(O) variants yet. Considering the dropped features but the added expense of meeting BS6 emissions, this pricing is still good value.

What's in a name? Mahindra is hoping - everything. Because the TUV300 receives only fine touches to turn itself into the Bolero Neo. If you try to think of the other sub-4 metre SUVs alongside this, then the Bolero Neo feels quite simple. Heck, it's even missing things like leatherette seats and a reversing camera. And urban drivers will have to wait for the convenience of an AMT too. So it's clearly aimed at a different buyer, one that values ruggedness, economy and rough road ability over creature comforts.

So is it better as an SUV than before? If you chose the N10(O) to get the locking differential, then yes, it's more rugged and rough road-ready than before. Improved ingress makes it friendlier too and it is easier on the eye as well. Mahindra also insists that its customer base won't miss the subtracted features as well. So the Neo's promise is simple on purpose, offering go-anywhere ruggedness, with a compact sub-4m footprint that promises to be economical to own and maintain.