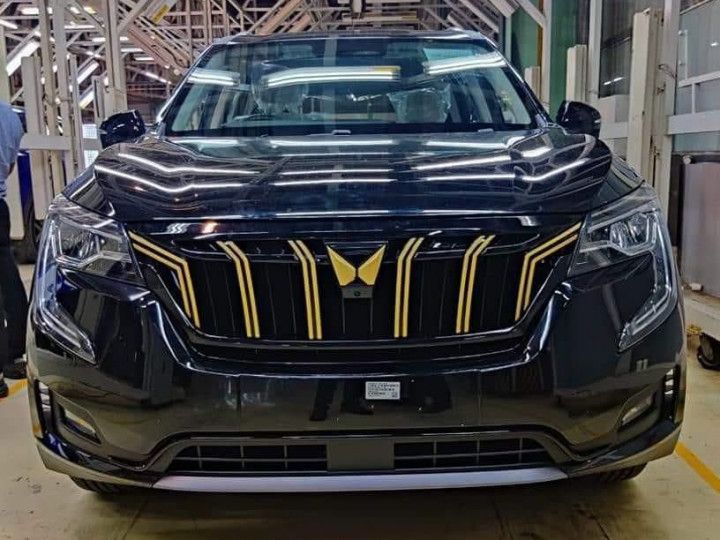 Images of the Mahindra XUV700 Javelin Edition, a prize for Olympic gold medalist Neeraj Chopra, have been leaked. And the special-edition SUV features a few exclusive design elements not there in the standard model.

The most obvious are the gold inserts, a nod to Chopra’s impressive feat. And while it gels well with the XUV700’s Midnight Blue shade, there’s no denying that its application is similar to the recently launched Tata Safari Gold Edition. We expect these gold touches on the XUV700’s rear logo and wheel hub caps as well.

Inside, the dashboard design is similar to the standard SUV. But there’s an easter egg on the co-driver’s side -- ‘87.58 metres’ embossed to honour the gold medalist’s record-breaking throw at the 2021 Olympics. The keen-eyed will also notice the gold stitching on the dash.

The XUV700 is powered by 2-litre turbo-petrol and 2.2-litre diesel engines, paired with manual and automatic transmission options. The diesel engine is offered in multiple tunes and has an optional all-wheel drivetrain.

Take a look at the specifications: