Faired & Forgotten: 5 Forgotten Faired Motorcycles That Were Sold In India

Faired motorcycles are all the rage these days, but turns out our market didn't receive them as warmly in the past 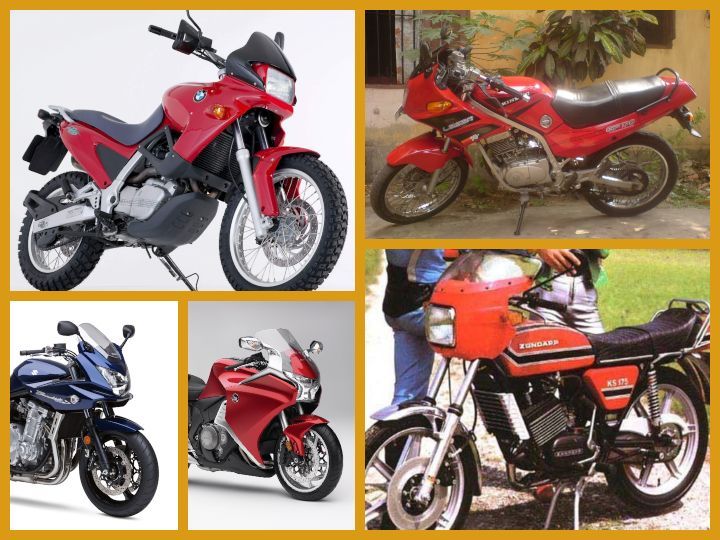 The Indian enthusiast’s obsession with faired bikes is not new. We have had faired bikes in India since the 80’s. This infatuation with the fairing gave us bikes like the Hero Karizma, Bajaj Pulsar 220 and Yamaha R15. However, quite a few international and homegrown faired bikes have simply been lost in time. We list the five most important one

Image courtesy: Enfieldmotorcycles.in
A few of you might remember the Fury as Royal Enfield’s flat tracker inspired motorcycle launched in the United Kingdom in 2011. However, in the mid-80’s, it did sell the Fury in India and it was not a tracker. Called the Fury 175, this street bike had a large quarter fairing with a wraparound windscreen. Underneath, it was a German Zundapp KS175. Royal Enfield had bought the rights and parts from Zundapp after they ceased operations in 1984. The Zundapp KS175 rebranded as the Royal Enfield Fury 175 was a modern looking motorcycle, something rare in the Indian two-wheeled automotive landscape. In the 80’s, this bike had alloy wheels, a Brembo hydraulic disc brake and a five-speed gearbox. While the original Zundapp had a liquid-cooled motor, the Fury got a simpler 175cc air-cooled motor. There are still a few rare examples of this bike running around in India.

Image courtesy: TheBikerIndian
The year was 2004, around the same time Kinetic Engineering, in partnership with South Korean bikemaker Hyosung came up with large bikes like the Aquila and Comet 250. They had already introduced the GF 125, but wanted to get into the hotter 150-180cc space dominated by the Bajaj Pulsar 150 and Pulsar 180. The GF 170 Lazer seemed to slot right in. While the frame and bodywork were borrowed from the smaller GF 125 naked, this bike got a half fairing, a first for a sub-200cc bike (there was also a naked version of the bike, called the GF 170 City). Its 160cc air-cooled motor delivered 15PS and 14.2Nm coupled with a five-speed gearbox with a sporty one-down four-up shift pattern. It was also equipped with an aluminium perimeter frame and the wide tyres helped the Lazer handle well. However, it suffered from gearbox issues, engine vibrations and overall quality that was not at par with the competition and this led to Kinetic pulling the plug on its only faired motorcycle ever sold.

The BMW F650 Funduro had a short, but interesting life worthy of a Bollywood potboiler. Of all manufacturers, it was Hero that launched the BMW F650 in India in 1996. This 650cc ADV had a long travel suspension, large wheels and dual-purpose tyres, besides a half fairing of course. Its 652cc Rotax engine made 48PS and 53Nm of torque making it one of the most powerful bikes on sale at that time. However, a stratospheric price tag of Rs 5.2 lakh (ex-showroom) resulted in poor sales. This led to Hero trying to sell off the remaining bikes at low prices, the last of them at an incredible Rs 1.8 lakh. Today, a used example of the F650 Funduro commands a price of Rs 2.5 to Rs 3 lakh. Fun fact: BMW ran a slogan contest in which four contestants won a BMW F650 Funduro!

Image courtesy: Bestcarmag
This was the one and only faired 100cc motorcycle to be ever sold in India. In 2000, erstwhile scooter maker LML tied up with South Korean Daelim Motors to make 100 to 135cc motorcycles in India. The first bikes to come out of this collaboration in 2001 were the LML Energy and Adreno. While the Adreno might look dated today, back in the early 2000s, it had interesting design details like the turn indicators which were integrated into the bodywork. Its 109cc single-cylinder motor had a 3-valve head that allowed it to breathe freely and perform better than its 109cc engine capacity would suggest. The bike was also available with a front disc brake. However, small service network and quality issues led the LML Adreno to its grave rather soon.

A lot of you might associate Suzuki big bikes with the Hayabusa and the GSX-R1000. But back in 2001, it launched another faired sports tourer, the Bandit 1250S. The Bandit was sold in India at Rs 8.5 lakh, a fantastic price for 1250cc sports tourer. Power came from a 1255cc liquid-cooled inline-four motor that gave out close to 100PS of power. Its 19-litre fuel tank and relatively comfortable ergonomics made it a fantastic tourer. However, back then, the market wasn't ripe for tourers and this meant the Bandit's India innings was a short one.

Another faired sports tourer that was launched around the same time as the Bandit 1250S was the Honda VRF 1200F. At its time, it was a technological tour de force. Its 1237cc liquid-cooled V4 motor made a heady 174PS and 129Nm of torque, 90 per cent of which was available from 9000rpm onwards. Back in 2010, it got features like ride-by-wire, slipper clutch, CBS and ABS and the biggest of them all, a DCT auto gearbox! Yes, the Honda Africa Twin was not the first Indian bike to be launched with DCT. With all the features and stonking performance came a Rs 17.5 lakh price tag which meant the VFR did not find many buyers in India.