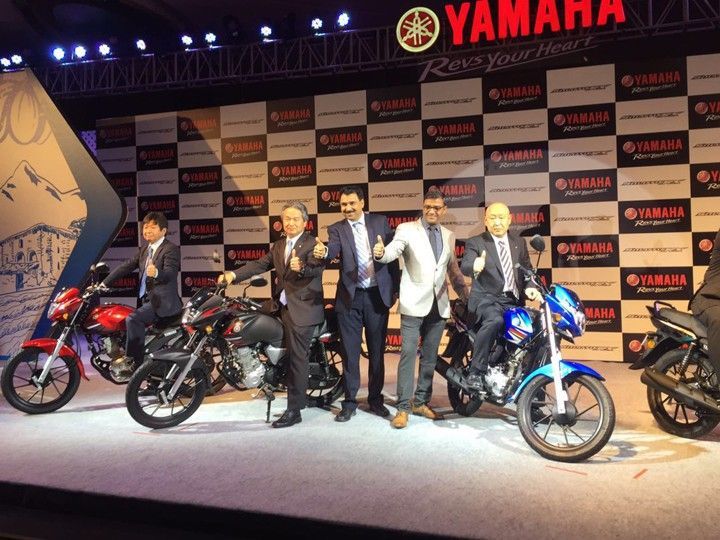 Yamaha Motor India expanded its product portfolio in the Indian market by launching the new Saluto RX. The new motorcycle is a 110cc offering targeted at the commuter segment. The Yamaha Saluto RX will be the second offering from Yamaha under the Saluto moniker as it already has a 125cc motorcycle on sale with the above name. The Yamaha Saluto RX will be offered in four colour options – Breezy Blue, Matt Black (first bike in the commuter segment to offer matte shade), Inspiring Red and Gleaming Black. The Yamaha Saluto meets BS-IV emission norms and the Japanese two-wheeler giant claims a fuel efficiency figure of 82kmpl. The new motorcycle will be a replacement for the Yamaha Crux that has been discontinued from the Indian market.

The styling of the new Saluto RX has been inspired from its 125cc sibling and it looks as an attractive proposition for 110cc motorcycle consumers who have started giving styling more preference in the recent years. Powering the Yamaha Saluto RX is a newly developed 110cc, air-cooled, single-cylinder motor generating 7.5PS at 7,000rpm and 8.5Nm of peak torque at 4,500rpm. The new engine also gets Yamaha’s patented Blue Core technology that reduces friction among mating parts thereby increasing the efficiency of the power plant. The motorcycle also employs an all-new diamond type frame and 4-speed gearbox. The Yamaha Saluto RX is also the lightest bike in its segment as it weighs just 98kg. Suspension duties are handled by telescopic front forks and twin shock unit at the back while braking is done by drum brakes on both the wheels.