UM Renegade Classic launch in 2017 will get ABS

UM Renegade Classic launch has been postponed to 2017.. It will be the first UM bike to get equipped with fuel-injection and optional ABS system 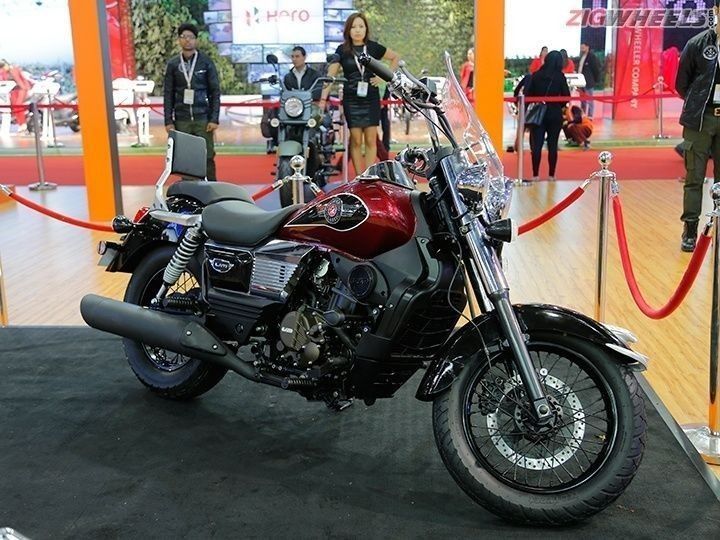 UM Motorcycles will be expanding its product portfolio in the Indian two-wheeler market. As of now, the UM Renegade Sport S and the Renegade Commando are the two bikes available on sale. The third offering from the American bikemaker will be a new cruiser offering – Renegade Classic. The UM Renegade Classic was showcased at the 2016 Auto Expo and was expected to be launched later this year but UM officials have confirmed to ZigWheels that launch has been rescheduled to 2017. Bookings for the cruiser motorcycles will commence in January, 2017 and deliveries for the UM Renegade Classic will start in April, 2017. Also Read: UM to launch new adventure bike

What will make the new Renegade Classic interesting is the fact that it will get a fuel-injection system instead of a carburettor unit as seen on the current Renegade duo. Powering the motorcycle will be the same 278cc, air-cooled single cylinder engine producing 25PS of power and 22Nm of torque, though we expect the power figures to increase marginally. Power is transmitted to the rear-wheel via a 6-speed gearbox. While the basic style of the UM Renegade Classic is similar to the Commando it gets the addition of windscreen and some chrome parts to give it the quintessential cruiser look. The UM Renegade Classic will also get the benefit of ABS which will be an optional extra. UM officials also confirmed that the Renegade Sport S and Commando will also get fuel-injection system in 2017 but ABS will not be offered on them. We expect the Renegade Classic to be priced under Rs 2 lakh ex-showroom and it will compete against the Royal Enfield Thunderbird 500.