A plethora of car launches dominated proceedings this week 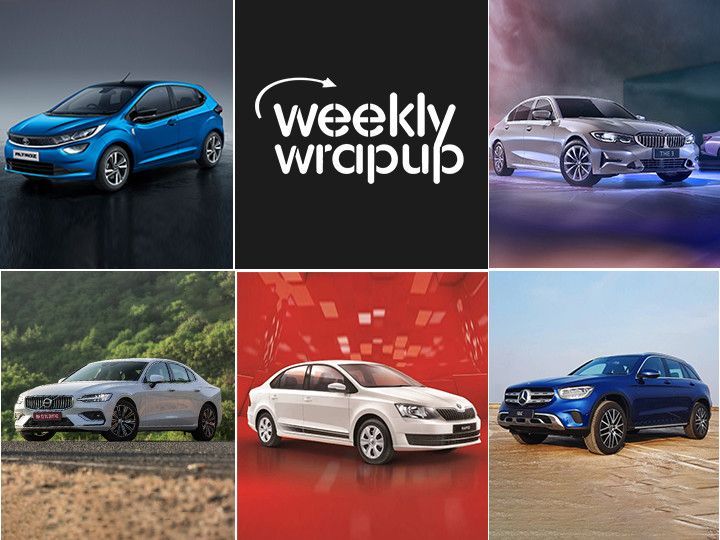 The last seven days were quite busy for the auto industry with several car launches including the comeback of a popular variant of the Skoda Rapid. Here’s a look at what transpired last week:

After being temporarily discontinued last year due to overwhelming demand, Skoda India has finally brought back the popular Rapid Rider variant. But, it has gotten pricier along with the other existing variants. Despite that, it’s still one of the most affordable midsize sedans on sale in India. To find out how much more you’ll have to shell out for the Rapid, head here.

The ‘Thor’s hammer and Swedish style’ Volvo S60 sedan has finally gone on sale in India. Offered in a sole T4 Inscription variant, it comes loaded with various creature comforts and a bunch of safety features that have contributed to a 5-star safety rating from Euro NCAP. For more on what it packs and its price tag, head here.

Mercedes-Benz India continues its 2021 launch spree with the MY2021 GLC SUV. As a part of its MY2021 update, Mercedes has fixed all of the GLCs shortcomings by adding more equipment.  That being said, all this comes at a steep price hike, which you can know more about here.

The long-awaited Tata Altroz i-Turbo  has finally gone on sale in India. The highlight here is a more powerful 110PS 1.2-litre petrol engine, paired with a 5-speed manual transmission. Aside from that, Tata has also introduced a top-spec XZ+ variant, a new body colour and price hikes on select variants of the hatchback. We’ve also had a taste of it on the road and you can read about in our first drive review. To know more about the premium it garners over its naturally aspirated petrol counterparts, head here.