A plethora of launches from mass-market manufacturers dominated the week 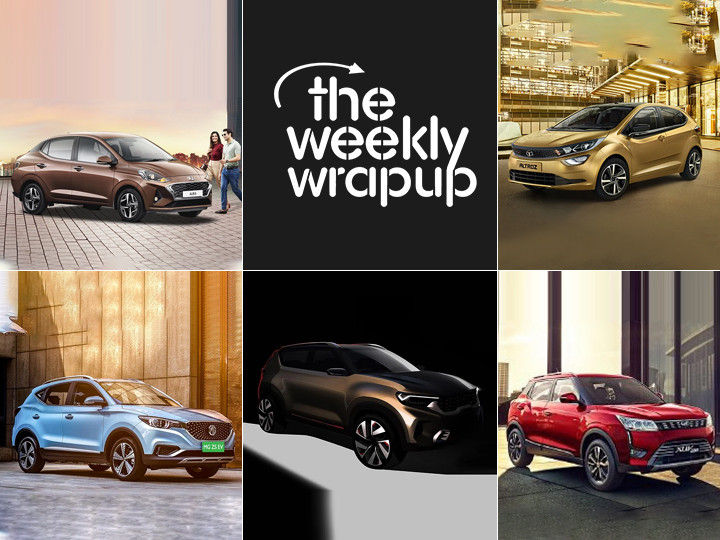 Over the past seven days, the Indian four-wheeler industry witnessed launches from three manufacturers: Hyundai, Tata and MG Motor India. Besides, Kia also surprised us with a teaser of the upcoming QYI subcompact SUV via multiple sketches. Here are a few other headlines that also caught our attention:

Say Hello To The Hyundai Aura

Hyundai has launched the Aura in India, the Grand i10 Nios-based sedan and the Xcent’s premium successor. It comes with four BS6-compliant engines and 12 trim levels. Does its premium tag require you need to shell a bomb over the Xcent? Find out here.

Auto Expo 2020 is still a while away. But Tata Motors organised a mini auto expo this week by launching four cars in one single event. Yes, the main highlight was the Altroz’ price reveal. But along with it, Tata launched the BS6 Nexon, Tigor and Tiago facelifts! Do the BS6 upgrades command a huge premium over their BS4 siblings? Find out here.

MG Motor India has jumped into the EV bandwagon with the all-electric ZS EV. It does 340km in a single charge and is faster than the Kona Electric in terms of acceleration. But is it priced more aggressively than its Hyundai rival? Find out here.

Just a few weeks ahead of Auto Expo 2020, Kia Motors India revealed images of its upcoming QYI sub-4m SUV. Needless to say, we’re eagerly waiting to get behind the wheel of this one. Take a closer look at the QYI right here.

Mahindra’s XUV300 has scored a full five stars in the Global NCAP safety tests. The XUV300 also beat the Tata Nexon and Altroz in the overall score and is officially the safest made-in-India car. Read our detailed report.

Ahead of the Auto Expo, we got some exciting updates from car manufacturers. Maruti Suzuki will launch the Ignis facelift and showcase the Futuro-E electric concept at the event. Mercedes Benz has also revealed its plans. Meanwhile, Mahindra has other plans for Auto Expo and the 2020 Thar might not make it to the event.