From the 2020 Skoda Octavia to the Hyundai Aura. Here’s what you might have missed over the week 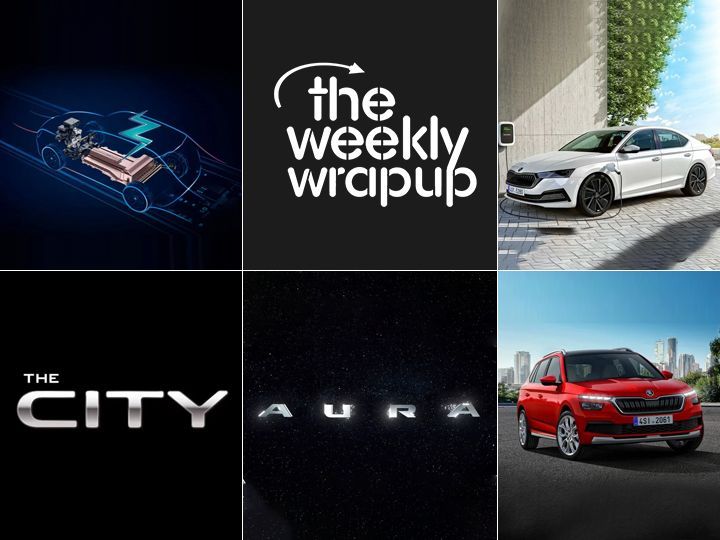 Over the last seven days, we learnt that Hyundai’s upcoming sub-4 metre sedan would be called the Aura, taken a peek at the all-new 2020 Skoda Octavia and also list out the features of the upcoming Tata Nexon EV. In case you missed it, here’s all the info in small bites.

Skoda has taken the wraps off the 2020 Octavia. It is longer, wider and has 78mm more rear knee room despite having the same wheelbase as its predecessor. Major styling updates include new headlamps, tail lamps, alloy wheels as well as sharper creases and lines. It comes with the latest dashboard design as seen in plenty of Volkswagen Group cars sold abroad. It also comes with new green powertrain options such as a plug-in hybrid and CNG  options. Then there are a plethora of diesel and petrol powertrains to choose from as well. Check out when the 2020 Octavia is slated to hit our country.

Tata Motors will take the wraps off the Nexon EV on December 16. It will debut the carmaker’s Ziptron powertrain that utilises a permanent magnet AC motor which draws power from an IP67-rated dust and waterproof battery pack. While power outputs and range figures are yet to be revealed, we expect it to cover around 300km on a full charge. The manufacturer also launched the official website of the Nexon EV where we came to know about an important feature of the electric vehicle.

Honda has revealed the global premiere date for the 2020 Honda City. The Japanese carmaker has already started testing the fifth-generation City in India.  It will feature evolutionary styling as the silhouette and glasshouse look identical to the current car. Inside, the City is expected to borrow plenty of bits from the 2020 Jazz. The India-spec model is likely to chug on with the 1.5-litre i-VTEC and 1.5-litre i-DTEC unit from the current car. Expect to see the upcoming model after Auto Expo 2020.

Skoda India will soon be present in the midsize SUV segment with the Kamiq. Sources have confirmed that the SUV is slated to hit showrooms in 2020. The Czech carmaker has started testing the SUV in the country and we’ll be getting the premium Euro-spec model. It  looks like a baby Kodiaq thanks to the design of its silhouette. Inside, the Kamiq comes with a new dashboard that looks quite different when compared to mainstream Skodas. Powertrain options for the India-spec SUV are yet to be confirmed. However, we expect it to get a TDI diesel and TSI petrol powertrain. When launched, the Kamiq will rival the Kia Seltos, MG Hector and the upcoming 2020 Hyundai Creta.

Hyundai has named the upcoming Grand i10 Nios-based sedan the Aura. We expect plenty of similarities between the Aura and Grand i10 Nios. We already know that the fascia of the sedan looks identical to the hatchback. The Aura is expected to come with the same dashboard and 1.2-litre powertrains as the Nios as well. It is expected to debut at the Auto Expo 2020.

The biggest motor show in the US is all set to take place during the coming week. More than 65 cars are set to debut at the event and we expect a handful of them to come to India.