Hyundai Flags Off Testing Of Xcent Replacement, The Aura. Here's How It Looks 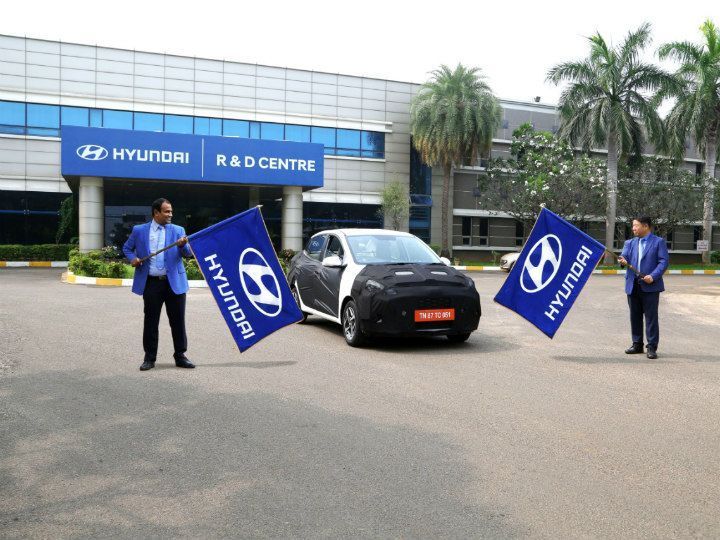 Hot on the heels of Hyundai Motor India revealing that its upcoming sub-4 metre sedan for India will be called the Aura, the carmaker has announced that it has officially commenced testing the sedan. The announcement came with a picture of the sedan wearing heavily camouflage. And we can tell you that the images closely resemble the next-gen Xcent that was spied testing numerous times in the recent past. The new Aura will be based on the Hyundai Grand i10 Nios. We can safely assume that it will retain the Xcents 1.2-litre engines with necessary upgrades to meet BS6 emission norms. We could also expect the sedan to be unveiled ahead of Auto Expo 2020 with a launch soon after. While the current Xcent retails from Rs 5.81 lakh to Rs 8.75 lakh, the Aura is likely to be offered at a small premium. It will take on the likes of other sub-4-metre sedans such as the Tata Zest and Tigor, Honda Amaze, Ford Figo Aspire, and the Maruti Suzuki Dzire.

While the test mule is heavily camouflaged, we can tell that it’s profile will be near identical to the current Xcent. The images of front end also reveal Grand i10 Nios-like updates to the sedan, including a bigger cascading grille, revised projector headlamps and LED taillamps. It could also have its number plate positioned lower on the rear bumper like the Ford Aspire.

The Aura sedan is likely to feature similar interior trim levels as the Nios. So expect to find circular air vents, a dimpled dashboard, and an 8-inch touchscreen infotainment system. The Aura’s dashboard has always been obscured with camouflage in spy shots. This suggests that Hyundai could add some more bits for a more premium feel.

If the Aura were to get the Xcent’s engines, expect the petrol motor to put out 83PS of power and 114Nm of torque, while the diesel could continue to produce 75PS and 190Nm despite the upgrade to BS6 norms. Both engines will come mated to a 5-speed manual transmission, with a 5-speed AMT likely to be the automatic transmission of choice over the 4-speed torque converter that’s offered in the Xcent.

Once launched, expect the Aura sedan to be sold at a premium over its predecessor with an expected price range of around Rs 6 lakh to 9 lakh (ex-showroom). Hyundai is likely to follow the approach as it did with the Grand i10 wherein the Xcent could continue to be offered with lesser variants and powertrain options alongside the Aura.