The new year promises an adventure bike for every budget 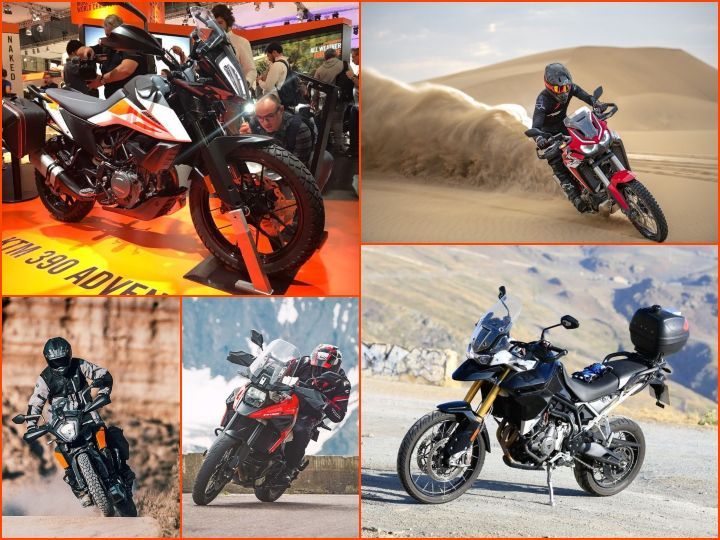 Just like SUVs in the four-wheeler space, adventure tourer motorcycles are all the rage in India currently, more so with the recent influx of small capacity motorcycles. Today, you have options ranging from the humble Hero XPulse 200 to the mighty BMW R 1250 GSA. Here are five ADV’s we are looking forward to seeing on our streets next year.

The much-anticipated KTM 390 Adventure was unveiled at EICMA 2019. The 390 Adventure gets proper off-road kit in the form of adjustable long-travel WP Apex suspension as well as 19-inch front and 17-inch rear wheels wrapped in dual-purpose Continental TKC tyres. KTM has even equipped the ADV with IMU-based technology like lean-sensing traction control and cornering ABS. We expect KTM to showcase the 390 Adventure at India Bike Week (IBW) in December and followed by its launch in January.

The upcoming 250 Adventure will be the most accessible way to enter KTM’s adventure bandwagon. While it shares most of its components and even features like the TFT colour screen with the 390 Adventure, there are some areas where KTM has cut costs. While the WP Apex suspension offers the same wheel travel as the 390 Adventure, it is non-adjustable. It also makes do with lower spec dual-purpose MRF Mogrip Meteor-FM2 tyres. The 250 Adventure misses out on traction control but given the relatively low power output, that should be fine. There is a strong possibility that the 250 Adventure might debut here with the 390 Adventure at IBW. It is expected to go on sale in India in the first quarter of 2020.

Suzuki showed off its new V-Strom 1050 at EICMA this year. For 2020, it gets a retro-ADV bodywork and a square headlamp that seems to have been borrowed from the Katana. It gets features like a digital instrument console, riding modes, traction control, cruise control and hill-hold control. The Euro-5 compliant 1037cc V-twin motor sees a slight increase in power. It makes  107.4PS and 100Nm. The new underpinnings include fully-adjustable KYB suspension and dual 310mm front discs with radially-mounted Tokico monobloc callipers with ABS. The new V-Strom 1050 is expected to launch by mid-2020 and is likely to cost around Rs 1 lakh more than the current V-Strom 1000 which retails for Rs 13.45 lakh (ex-showroom Delhi).

Triumph’s latest teaser suggests that it could unveil the all-new Tiger 900 Rally and Tiger 900 GT on December 3. The new motorcycles will get a lithe bodywork and will be more rally-ready than their 800cc predecessors. Both bikes will also feature a new rear subframe, swingarm and laced spoke wheels which can hold tubeless tyres. Powering the bike will be a new 900cc in-line triple that is expected to deliver around 110PS, bringing the fight closer to the Ducati Multistrada 950. The new motorcycle is expected to get EMU-based traction control and ABS as well. We expect Triumph to launch the Tiger 900 in India by the first half of 2020. The Tiger 900 Rally could sit above the top-spec Tiger 800 XCa (Rs 15.17 lakh, ex-showroom) while the Tiger 900 GT could be positioned above the Tiger 800 XRx (Rs 13.39 lakh).

Honda has now made the Africa Twin lighter and more powerful than before. More power comes courtesy of a larger 1084cc parallel-twin motor made possible by a larger bore than before. It now delivers 102PS of power and 105Nm of torque. Given that the DCT variant’s 236kg kerb weight is 6kg less than before, we expect sprightlier performance. In addition, the new Africa Twin gets a 6-axis IMU, which means you now have cornering traction control and wheelie control. It continues to use Showa suspension components, albeit with revised spring rates. Lets not forget the new look courtesy the new twin LED headlamp setup and features like the 6.5-inch colour TFT touchscreen instrument console which includes Apple CarPlay. We expect the new Africa Twin to launch in India by early next year and be priced around the Rs 15 lakh mark.