Here’s What Suzuki Motorcycles Is Bringing To The Auto Expo

This year will be all about electric two-wheelers startups, but there’s some hope for us enthusiasts thanks to Suzuki 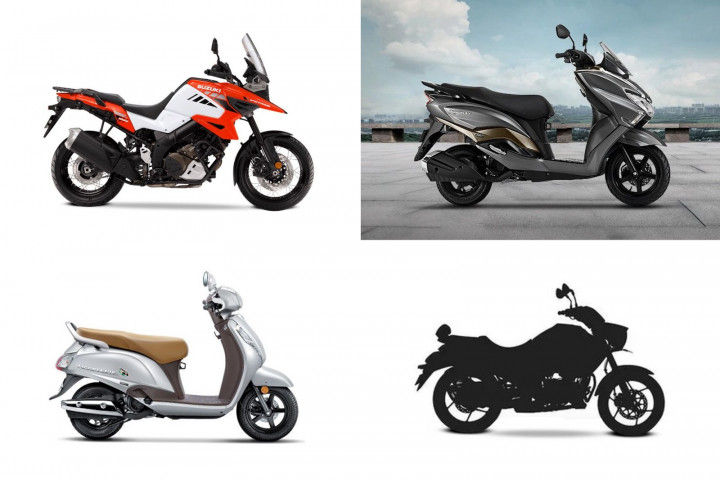 Apart from the Piaggio Group, Suzuki is the other mainstream bike maker that will represent team petrol at the upcoming expo. The Japanese brand hasn’t officially revealed anything as yet, but rumours suggest we might see something exciting at Suzuki’s stand. Here’s what we are talking about:

Suzuki already has a naked and a fully faired motorcycle in the 250cc segment, and we expect it to jump onto the ADV segment with the V-Strom 250. It makes sense for Suzuki to launch a 250cc adventure motorcycle as this segment is starting to gain immense popularity. In fact, with the 250 adventure being spotted a few months back, we know KTM will also join this list soon. We expect Suzuki to launch the V-Strom 250 by the end of next year at around Rs 1.90 lakh (ex-showroom).

Not just a 250cc adventure motorcycle, but we could also see Suzuki unveiling the Intruder 250 at the expo. The current Intruder has never been a sales hit and apart from some new paint options, Suzuki never gave the cruiser any major update. However, it seems like the Japanese bike maker might give the cruiser a substantial update in the form of a new BS6-compliant 250cc motor with a new styling. Once launched, it is expected to be priced at around Rs 1.8 lakh (ex-showroom).

As of now, Suzuki has only one BS6-compliant two-wheeler in its lineup - the Access 125. So, it is highly likely that Suzuki will bring along its entire BS6-compliant range. We are talking about the 2019 Gixxer, Gixxer SFs (150cc and 250cc), and the new Burgman Street.

Speaking of Burgman, the word on the street is Suzuki might unveil a bigger Burgman at the expo. We do not have any concrete details about the scooter, but we expect it to be in the 150cc-160cc range. That is quite a niche segment with only the Aprilia SR 160 and the Vespa SXL 150 currently being sold. So, it makes sense for Suzuki to tap into this premium scooter segment to get a head start over its rivals.

The new V-Strom 1050 will be one of the highlights of  Suzuki’s ‘Superbikes Stand.’ The adventure tourer was unveiled at EICMA last year and is likely to be launched in India this year. Expect a price of around Rs 14.40 lakh for the new V-Strom 1050. If Suzuki decides to bring the XT variant, it could be around Rs 50,000 to 1 lakh more expensive than the standard model.

Suzuki might also unveil a new motorcycle based on the 650cc platform. We believe the Japanese bike maker could showcase the new SV650. If Suzuki is planning to launch it in India, we expect it to be brought to our shores via the CKD route so as to price it competitively.