This Could Be The 2021 Tata Harrier Petrol

A test mule was spotted with emission testing equipment, hinting at it being the petrol-powered variant 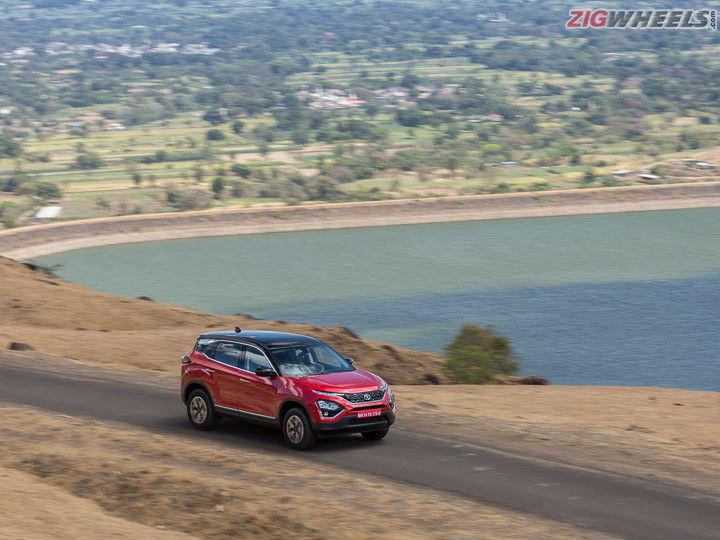 The Tata Harrier is currently offered only with a 170PS 2.0-litre diesel engine. The homegrown carmaker has been mulling over a petrol variant for a while and now, a test mule with emission testing equipment has been spotted, raising speculations that it could be the petrol-powered Harrier.

The Harrier’s petrol variant will be powered by an in-house developed 1.6-litre turbo-petrol engine, as confirmed by the company at the Geneva Motor Show. Performance figures are yet to be revealed, but we expect this motor to develop around 150PS of power and 250Nm of torque. This engine will feature direct-injection tech that should offer better performance and fuel efficiency than an MPFI engine.

The introduction of the Harrier petrol would massively improve its appeal as it could draw more customers to the showroom. The Harrier, like the XUV500, is offered only with a diesel engine which is a disadvantage as the Hyundai Creta, Kia Seltos, and MG Hector feature turbo-petrol engines. The Hyundai and Kia can also be had with a 1.5-litre naturally aspirated petrol engine. These variants come at an attractive starting price of just under Rs 10 lakh.

Speaking of which, the Harrier petrol, when launched, will also see a reduction in the starting price of the SUV by a margin. Currently, the diesel-powered Harrier is priced from Rs 13.84 lakh (ex-showroom). We expect the petrol model to have a starting price of around Rs 12.90 lakh when it goes on sale, possibly in 2021.