It gets a design revamp and a BS6 upgrade 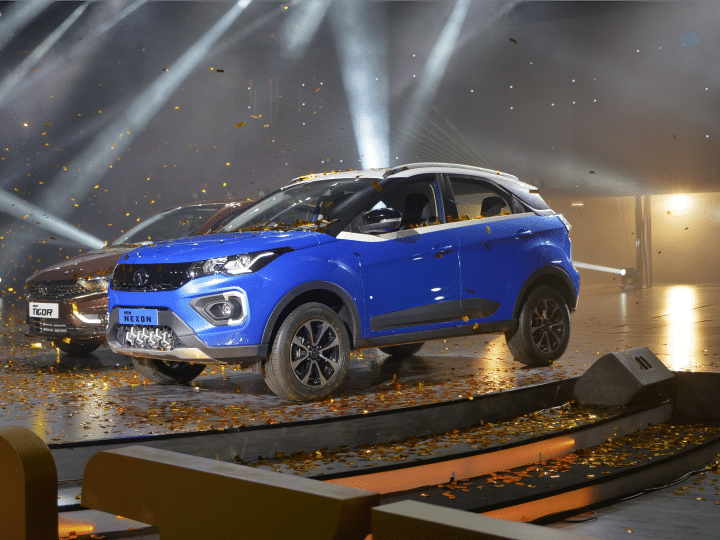 Tata Motors had a busy day on January 23, with a total of 4 car launches. Amongst them was the BS6-compliant Tata Nexon Facelift in a price range of Rs 6.95 lakh to Rs 12.70 lakh (ex-showroom). The SUV is not only powered by BS6-compliant petrol and diesel engines now, but it also gets cosmetic and feature upgrades. Here’s a closer look at the Nexon facelift in detailed images:

At a glance, the Nexon’s exterior design is fairly similar to its all-electric sibling. The front end features a sharper design, paired with a new set of LED headlamps, grille and lower bumper.

A closer look at the front reveals a new fog lamp housing, as well as silver inserts on the lower bumper.

The overall profile of the SUV remains largely similar to its predecessor, aside from a new set of 8-spoke alloy wheels.

At the rear, the Nexon facelift gets a new bumper and revised LED tail lamps.

Head inside, and you’ll see that the overall cabin remains nearly identical to its predecessor, except for a few modern tweaks. It gets a black-beige colour combination, the 3-spoke steering wheel from the Altroz, and the digital instrument cluster from the Tiago.

The Nexon facelift is offered in a total of 16 variants. It takes on the likes of the Ford EcoSport, Hyundai Venue, Maruti Suzuki Vitara Brezza, and Mahindra XUV300.