Suzuki ACross Revealed; Could It Be The Perfect Hyundai Tucson, Honda CR-V Rival? 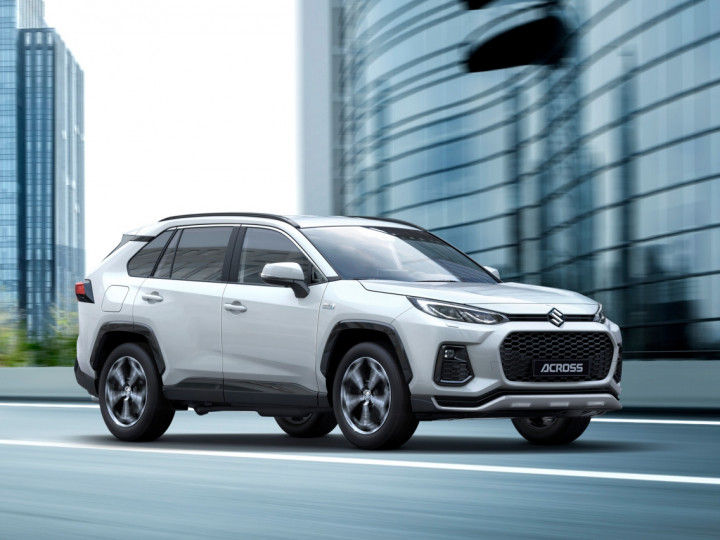 Suzuki has taken the wraps off the ACross, a midsize SUV based on the Toyota RAV-4. This is Suzuki’s first model that shares roots with Toyota under the brand’s global alliance involving cross badging cars and sharing platforms and powertrains.

Suzuki has done a decent job of giving the ACross a distinct face with its new front-end design consisting of a slim grille, large air dam and redesigned bumper. A similar treatment is expected for the upcoming Vitara Brezza-based Urban Cruiser as well. We particularly like the swept-back LED headlamps. That said, its fascia is reminiscent of the China-spec Toyota Wildlander, a slightly restyled variant of the RAV-4. Apart from the different 19-inch alloy wheels, the ACross’ profile and rear-end looks similar to the Toyota.

Except for the Suzuki logo on the steering boss, the ACross’ cabin is identical to the Toyota RAV-4. No bad thing as the RAV-4 has quite a pleasing design. The highlight is the 9-inch floating infotainment screen that features Android Auto and Apple CarPlay.

The ACross is powered by Toyota’s 2.5-litre hybrid powertrain that consists of a 190PS/227Nm petrol engine, two electric motors that sit at both the axles and a CVT. The electric motor at the front puts out 182PS and 270Nm while the rear motor makes 54PS and 121Nm, making the powertrain an electric 4x4. The ACross can be driven in EV mode (pure electric), Auto EV/HV (electric-hybrid) mode, HV (hybrid) mode, and battery charger mode (wherein the engine charges the batteries). There’s also a Trail mode that utilises an automatic limited slip differential to help you out if the going gets tricky.

So, is the ACross coming to India to fight it out with the Honda CR-V and the Hyundai Tucson? Nope. Just like the RAV-4, this model will be skipped for our market. However, under the Toyota-Suzuki partnership, we’ll soon be seeing the Toyota Urban Cruiser, a rebadged version of the Maruti Suzuki Vitara Brezza. Read more about it here.