Maruti has paired the 48V ‘Strong Hybrid’ system to its 1.2-litre petrol engine 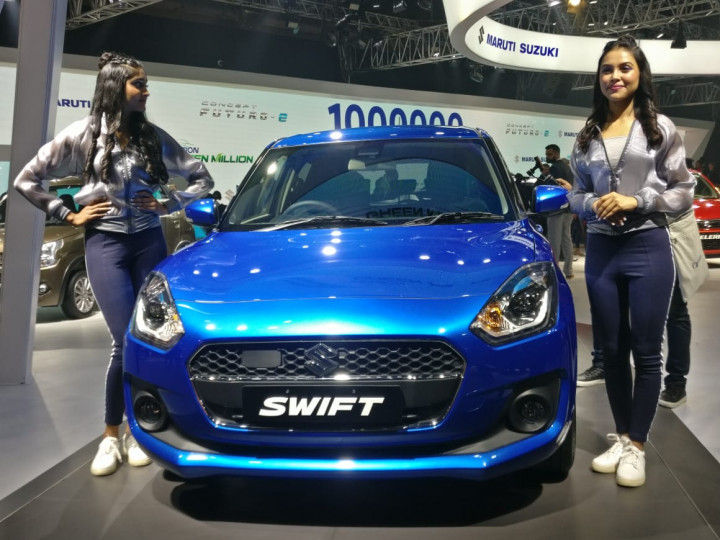 Maruti Suzuki continues to surprise as Auto Expo 2020 unfolds. Now, they have revealed the Swift in a hybrid variant. The Maruti Suzuki Swift Hybrid was first showcased at the 2018 Indonesia Motor Show. The Swift Hybrid pairs the standard 1.2-litre K12C petrol motor with a 48V mild hybrid system. Maruti calls this a ‘Strong Hybrid’ system as its other hybrid offerings come paired to the 12V start-stop system found on the Ciaz, Ertiga and Baleno.

In the Swift, the petrol-hybrid setup churns out 105PS and 148Nm, sigficantly higher compared to the 91PS/118Nm output of the standard 1.2 petrol engine. The 48V hybrid system was first seen globally paired with the 1.4-litre Boosterjet petrol motor. The Swift Hybrid is being offered with a 5-Speed AMT gearbox.

And the gains aren’t just in power. The primary goal of a hybrid setup is to increase efficiency. So it does on the Swift Hybrid too. Maruti Suzuki claims a fuel consumption figure of 32kmpl for the hybrid in the Japanese driving cycle.

Powered by a 48V lithium ion battery pack, and an integrated starter-generator, this one is definitely meant to lure those sitting on the fence of the ICE vs Electric debate, as it caters to a bit of both worlds. Seeing the level of readiness of the Swift Hybrid, we believe it will come in right as the India enters the BS6 era in April this year.

One major reason we can expect to see the Maruti Suzuki Swift Hybrid so soon is that the fact that the Indian manufacturer seems to be doing away with its diesel engines, which had so far played a big role in its sales figures in recent years.

With the Altroz EV right around the corner, we can’t wait to see how well the Swift Hybrid sits between the Tata electric and ICE siblings.