It does miss out on some feel-good features, but Mahindra seems to have retained a few of the nicer bits 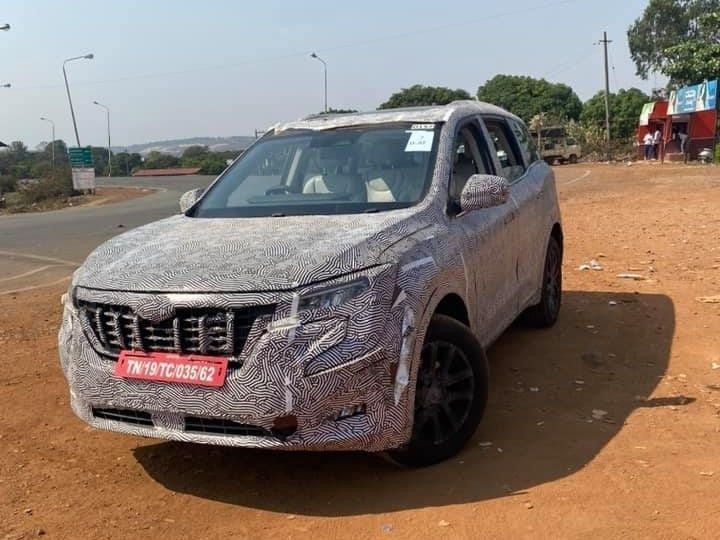 Ahead of the new Mahindra XUV700’s debut later this year, images of the upcoming SUV’s lower-spec variant have surfaced online and from the look of it, it isn’t too stripped out

For starters, this particular test mule still features that Mercedes-like twin-screen setup, comprising the infotainment and digital driver’s display, but that’s where the similarities end. All the gloss black plastic found in the higher-spec variant has been replaced with normal black plastic.

The lower-spec SUV comes with an electronic air-con (whose controls have been lifted from the Thar), instead of dual-zone climate control. We can also notice the absence of cruise control and electronic parking brake, both of which have been seen in other test mules. Despite missing out on a few features, the lower-spec XUV700 doesn’t feel too pared-down.

Other notable features in the XUV700 (regardless of the variant) include dual-tone alloy wheels,  a panoramic sunroof, headlamps with high beam assist, safety commands in your loved one’s voice, a powered driver’s seat, and possibly level-1 autonomous driving tech.

The XUV700 will come with a more powerful iteration of the Thar’s 130PS 2.2-litre diesel and 150PS 2.0-litre turbo-petrol petrol engines. However, the base variant could be offered only with a 6-speed manual gearbox driving the front wheels. The 6-speed automatic transmission and all-wheel drivetrain are likely to be limited to the higher-spec variants.

Mahindra is expected to take the wraps off the XUV700 by August 2021. It’s likely to be priced from around Rs 16 lakh, putting it in the same league as the Hyundai Alcazar and Tata Safari.