Over 4,500 units of the sub-4 metre SUV have already been dispatched to showrooms and owners 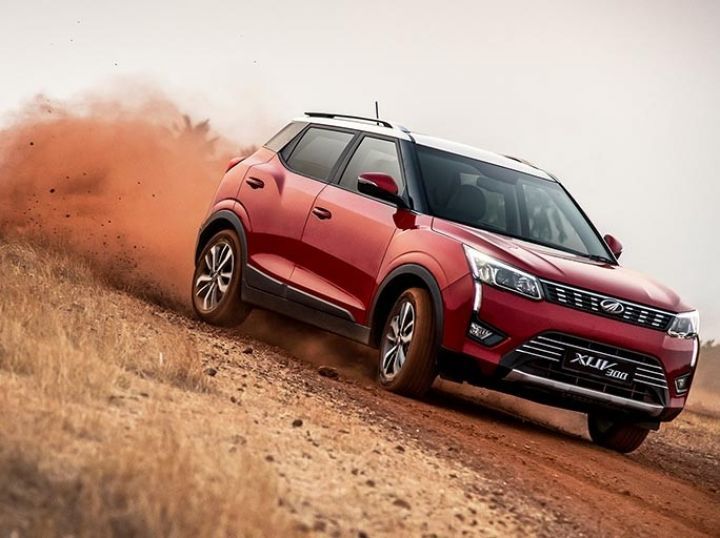 Mahindra has revealed that the recently-launched XUV300 sub-compact SUV has received over 13,000 bookings in a month. Out of the total bookings so far, Mahindra has dispatched close to 4,500 units to its dealers and customers across the country. This helped the XUV300 enter the list of top 20 best-selling four-wheelers in February 2019. It was the fifth best-selling SUV after the Maruti Suzuki Vitara Brezza (11,613 units), Hyundai Creta (10,206 units), Mahindra Bolero (7,974 units) and the Tata Nexon (5,263 units). Out of this lot, the XUV300 rivals the Vitara Brezza and the Tata Nexon.

While the Mahindra XUV300 has had a good start, it is still a long way away from pipping the Vitara Brezza in terms of popularity and outright sales. Mahindra claims that the sub-4 metre segment accounts for 40 per cent of the SUV industry and has been the fastest growing segment over the last five years. Hence, it’s no wonder that it is now the most crowded car segment in the country. You can get to know more about the XUV300 here. Have a look at the official press release below.

Launched on February 14, 2019, XUV300 Enters the Top 3 in the Compact SUV segment in its very first month

Mumbai, March 14, 2019: Mahindra & Mahindra Ltd. (M&M), part of the USD 20.7 billion Mahindra Group, today announced that its recently launched Compact SUV, the stylish and thrilling XUV300 has received over 13,000 bookings. Launched on February 14, 2019, the XUV300 has entered the top 3 in the Compact SUV segment in its very first month.

Today Compact SUVs account for 40% of the SUV industry and is also the fastest growing segment over the last 5 years.

Commenting on the booking milestone, Veejay Ram Nakra, Chief of Sales & Marketing, Automotive Division, Mahindra & Mahindra Ltd. said, “We are extremely happy with the overwhelming response to the XUV300. In a highly competitive segment such as the Compact SUV, we have received over 13,000 bookings and in the very first month itself, we have entered into the top 3. This is in-line with our objective of achieving 15 to 20% share of this segment and reaffirms the fact that the XUV300 proposition has resonated well with the customers. What is also encouraging is that over 75% of our bookings are for the top end variants of the XUV300.”

As one of the most anticipated launches in the industry, the XUV300 has garnered a lot of interest from buyers and auto experts alike for its head-turning, cheetah-inspired design, ‘fun-to-drive’ thrilling performance, best-in-class safety features, first-in-segment hi-tech features and class-defining interiors. The XUV300 has received over 2.5 lac leads till date.

Why Is Mahindra Recalling The XUV300? Find Out