What Else Can You Get For A KTM 390 Adventure? 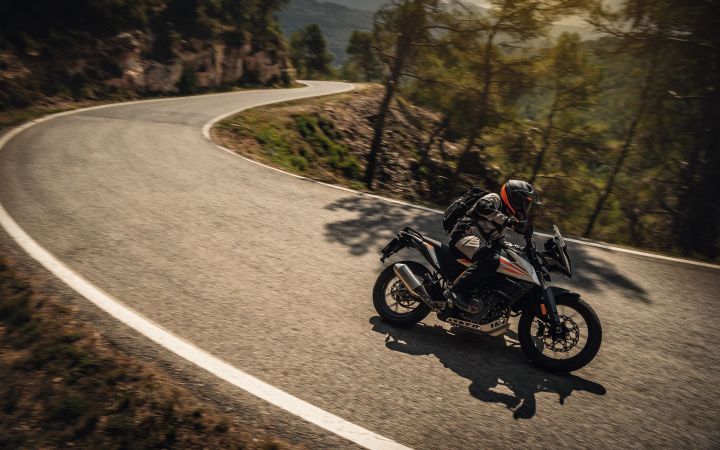 After years of teasing and anticipating, the KTM 390 Adventure is finally available in India. Priced at Rs 2.99 lakh, the 390 Adventure has a healthy buffer between its arch-rivals as it is around Rs 1 lakh costlier than the Royal Enfield Himalayan and you still end up saving nearly Rs 50,000 over the BMW G 310 GS. But what else could you get for the price of the 390 Adventure?

BMW G 310 R
Although you cannot get the smallest adventure tourer from Bavaria for the price of the 390 Adventure, you could get its roadster sibling, the G 310 R. The baby Beemer might be the most affordable bike in the Bavarian manufacturer’s lineup, but it retains the BMW roadster DNA. Shame its vibrations quash that feeling of riding a premium and polished motorcycle.

Royal Enfield Interceptor 650
It might not be premium but certainly, the Interceptor 650 is a polished article. The parallel-twin heart has creamy power delivery with more than enough grunt to crack the ton (160kmph). However, it feels the happiest chugging along at 120kmph.

Kawasaki Ninja 300
Despite being on sale for over half a decade, the Ninja 300 remains Kawasaki’s most popular motorcycle on sale in India. It was heavily localised in 2018, making it considerably more affordable. It might have been discontinued in the global markets but the Ninja 300 will be upgraded to meet the upcoming BS6 emission norms, just for the Indian market.

Royal Enfield Continental GT 650
If the Interceptor is too sombre for your taste, Royal Enfield Continental GT 650 offers the right mix of sportiness and comfort that you would want from a cafe racer. Enfield has worked on the ergonomics of the Conti 650 to make it less taxing on your body than the old Conti 535. Still, it remains sharp and poised when you are hustling it around the bends.