KTM Has Finally Launched The 390 Adventure In India!

Ladies and gentlemen, our long wait has finally come to an end! 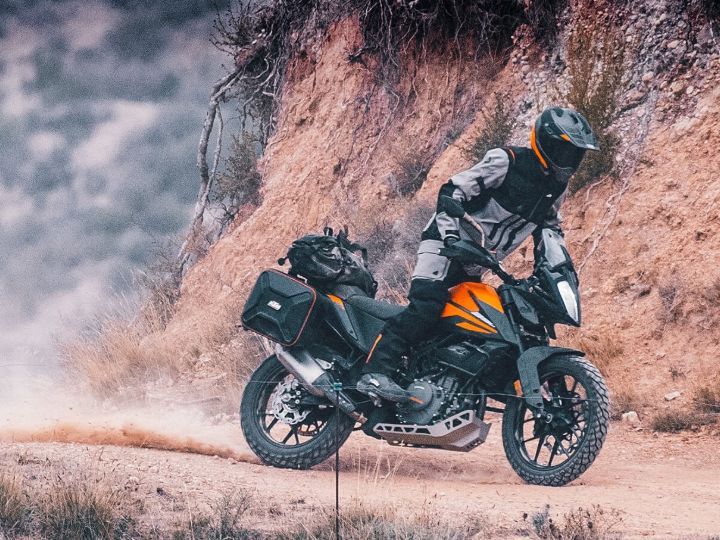 People of the internet and KTM fanatics, the 390 Adventure has been launched in India at Rs 2.99 lakh (ex-showroom). At this price, the 390 ADV is around Rs 52,000 more expensive than its streetfighter cousin, the 390 Duke. Official bookings are underway and deliveries of the motorcycle will begin in a few days.

Now, you might already know almost everything about the motorcycle. However, for those who of you that are hearing the name ‘390 Adventure’ for the first time, here’s a quick refresher. The 390 ADV is powered by the same 373cc engine as the 390 Duke. It even has the same power and torque output as its naked cousin. However, the highlight of this engine is that it is BS6-compliant, which means that the updated 390 Duke is also on its way. But that’s a story for another day.

The trellis frame is suspended on WP suspension on both ends. While the front-end gets a non-adjustable 43mm USD fork, the rear gets a monoshock which can be adjusted for rebound and preload. The braking hardware is similar to the 390 Duke. So, what’s the difference between both motorcycles? Head here to find out.

The 390 Adventure is loaded with features. For instance, it gets the usual stuff like a digital instrument cluster, LED lights and Bluetooth connectivity. But it also gets an off-road mode, a quickshifter, cornering ABS and traction control over the Duke! There’s so much more on this bike that we had to do another report!

In terms of competition, the 390 Adventure goes up against the newly launched BS6-compliant Himalayan, the BMW G 310 GS and the Kawasaki Versys X-300. We’ll be riding this motorcycle soon (like, really soon), so stay tuned to ZigWheels for our first ride review.