Here’s A Sneak Peek At The Kia Sonet iMT

It’ll utilise the same engine option as its sibling, the Hyundai Venue 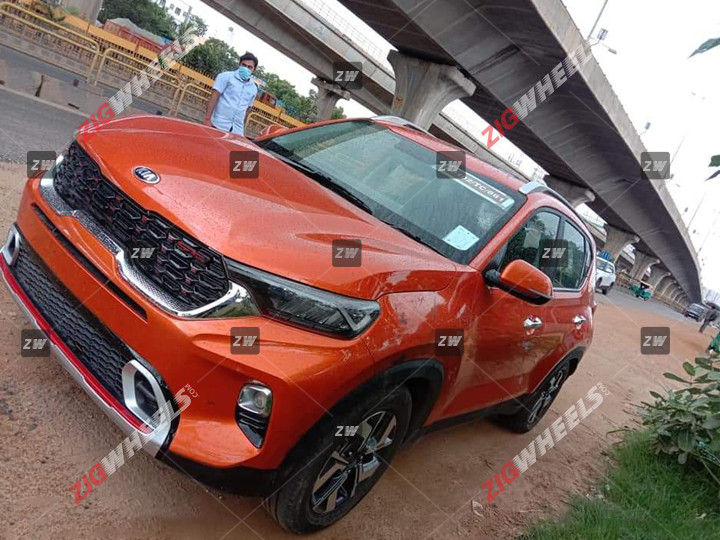 During the first look review of the Kia Sonet, we managed to get a glimpse of its diesel-automatic and turbo-petrol DCT variants. However, there was one important variant missing in the event - the Sonet iMT. Yes, the Venue’s clutchless manual gearbox will find its way in the Sonet and spy shots of this particular variant have surfaced online for the first time.

The Sonet’s iMT will be powered by the familiar 1.0-litre turbo-petrol engine that develops 120PS of power and 172Nm of torque. The iMT unit is a 6-speed manual gearbox operated without a clutch wherein the duty of your left leg will be handled by a couple of sensors and electronic actuators. You can read our detailed report about the functioning of the iMT right here.

Based on these spy shots, the Sonet iMT could also be offered in the top-spec variant, giving it a distinct advantage over the Venue. This is also the first time we are seeing the Sonet on the road sans camo. The bright orange colour looks funky while the red elements in this GT Line trim add a dose of sportiness. What do you think about the Sonet’s design? Let us know in the comments section.

For more details on the Sonet’s features and specification, click here to read our detailed unveiling report. Kia has a lot riding on the Sonet’s shoulders and it has done all it could to make the SUV stand out. It comes loaded to the brim with features, looks the part and has more powertrain options than your local dhaba’s menu card!

The final nail on the package is the pricing which we expect will start around the Rs 7 lakh mark, putting it in the ballpark of Hyundai Venue, Tata Nexon, Ford EcoSport, Maruti Suzuki Vitara Brezza, and the Mahindra XUV300.