Aside from being longer, the Alcazar will have some differentiating bits over the Creta 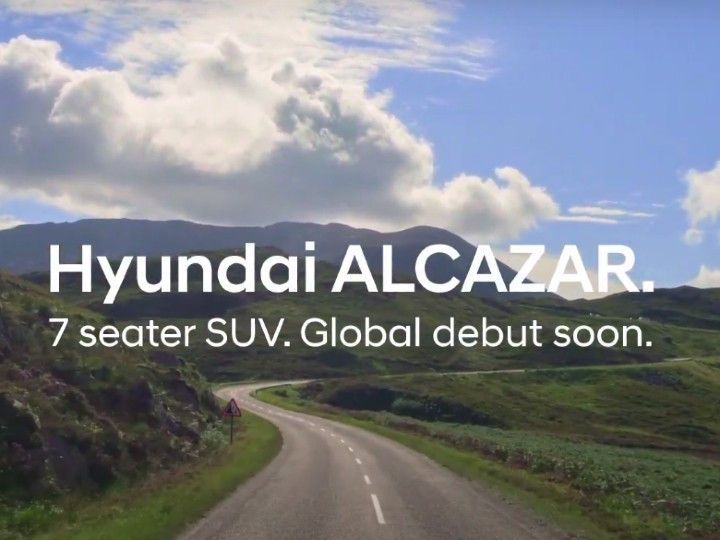 Hyundai has been working on introducing a third row version of the Creta, with the SUV being spied multiple times in the country. Now, Hyundai has finally confirmed that its upcoming offering will be called the Alcazar. It is expected to debut by mid-2021.

Earlier spy shots reveal that aside from the obvious increase in length, the Alcazar will sport some distinct elements to make it stand out from the Creta 5-seater. This includes a studded front grille in place of slats, new dual-tone alloy wheels, a longer rear overhang to accommodate the extra pair of seats, and a revised rear-end with different tail lamps. Also expect a larger boot space with the third-row down, compared to the 433-litre capacity in the Creta.

A glimpse of the interiors reveals the Alcazar will retain the 10.25-inch infotainment system and the 7-inch coloured digital instrument display from the Creta. It could, however, get different upholstery options. It could also be offered in a 6-seater layout featuring captain seats and a 7-seater with bench seats for middle-row occupants.

Expect most of the Creta’s features to make it to the Alcazar. So it may come with BlueLink connected car tech, a panoramic sunroof, a powered driver’s seat, a Bose sound system, and ventilated front seats. Safety could be covered by multiple airbags, front and rear parking sensors, electronic stability control, and a tyre pressure monitor.

Expect the Hyundai Alcazar to be priced at a premium of up to a lakh over the standard Creta that retails from Rs 10 lakh to Rs 17.54 lakh (ex-showroom). It will rival the entry-level variants of the Hector Plus as well as the upcoming Tata Safari and 2021 Mahindra XUV500.