Honda has launched the CD110 DX with self-start system for Rs 46,197 ex-showroom Delhi. It is the fourth model under the Honda Dream range of commuter motorcycles 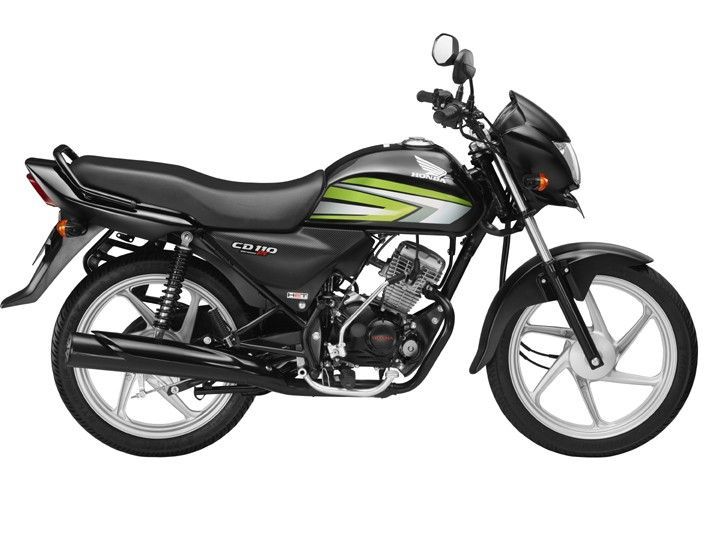 Honda Motorcycle and Scooter India Pvt. Ltd (HMSI) announced that it has added a new variant to the CD110 commuter motorcycle. The new Honda CD110 DX has been launched at Rs 46,197 ex-showroom Delhi. The new motorcycle gets the benefit of electric starter as opposed to the kick only option in the standard Honda CD 110 model. The 110cc motorcycle will also be offered in a special black with green stripe graphic to distinguish itself from the base model. It is the second cheapest motorcycle offering for the Indian market from the Japanese manufacturer after the CD110. The two-wheeler giant has already started dispatching the CD110 DX to its dealership network across the country. The Honda CD110 DX has been priced at a premium of Rs 2,197 over the standard variant while is almost Rs 3,000 cheaper than the Honda Dream Neo.

No mechanical changes have been made and the Honda CD110 DX is powered by the same 110cc motor as seen on the Dream series of commuter offerings. The air-cooled mill generates 8.3PS of power at 7,500rpm and 8.6Nm of peak torque at 5,500 rpm. Power is transmitted to the rear-wheel via a 4-speed gearbox. Honda claims the CD110 DX has a mileage figure of 74kmpl. The bike will be available in four colour options and has a ground clearance of 179mm. Talking about features, the motorcycle gets tubeless tyres, viscous air filter and maintenance free battery.