Here’s what sets the two apart on paper 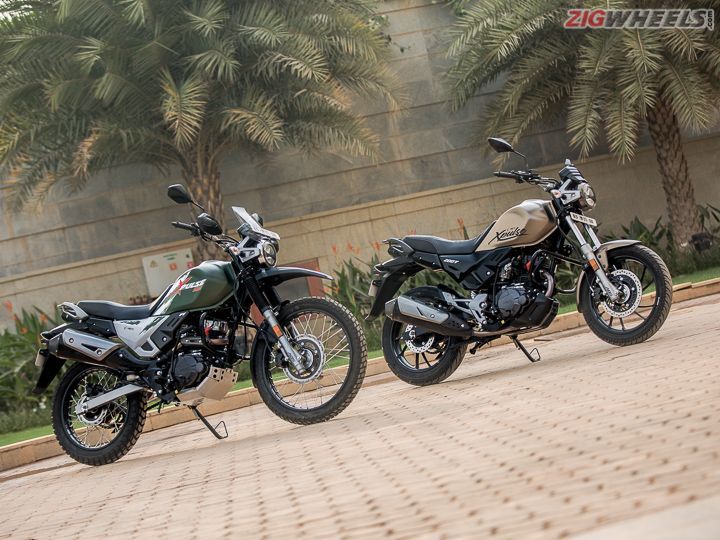 A couple of years ago Hero introduced the Impulse in India with the intention to give enthusiasts a taste of adventure touring on a budget. Unfortunately, the bike wasn’t well received -- not that there was anything wrong with it, but because it was way ahead of its time. Since then the face of the motorcycling industry has changed drastically. Enthusiasts in the country are well-informed and educated about the different genres of motorcycling. Counting on this sentiment, Hero finally launched the XPulse 200 (Carb - Rs 97,000, Fi - 1.05 lakh) and the XPulse 200T (Rs 94,000) (all prices, ex-showroom Delhi)

But this isn't the first time we're seeing them. Rewind your clock back to 2017 EICMA show in Milan when Hero took the wraps off a stonking new adventure tourer concept. Less than a year later, they showed off the production version of the same at the 2018 Auto Expo, and christened it the XPulse 200. And now, Hero has introduced a follow up bike called the XPulse 200T, based on the same adventure touring platform. While both the bikes share the same engine and most of their components, there are subtle differences that set them apart. Here’s a closer look at the two and what differentiates them on paper.

At first glance, the most obvious visual difference between the two would be the paint schemes. The Hero XPulse 200 although gets a clear windscreen and a raised beak while the latter features a smoked windscreen and a conventional mudguard. Furthermore, the XPulse 200 comes with handguards, rubber fork gaiters and a metal skid plate for protection. The touring variant, on the other hand, gets a plastic engine cover but misses out on fork gaiters and handguards. On the upside though, the XPulse 200T features a well-padded seat for extra comfort on those long hauls.

Speaking of similarities, both bikes come with an all-digital instrument console, LED lights at both ends, a top rack, crash guards and provisions for pannier mounts.

Powering the XPulse 200 and 200T is the same 200cc, air and oil-cooled motor that produces 18.4PS of power and 17.1Nm of torque. This is the same unit we've seen on the Xtreme 200R and the newly launched Xtreme 200S as well. We've taken both the motorcycles for a spin and here's what we think

The more adventure-friendly XPulse 200 gets a higher ground clearance, knobby tyres, and longer travel suspension, purpose-built for trail riding and such. On the XPulse 200T, the rider sits 30mm lower as compared to the XPulse 200 due to a lowered saddle height and smaller 17” wheels.

And that’s not all, the tourer gets slightly revised ergonomics too. It features a shorter handlebar which provides better comfort over long rides compared to its off-road counterpart which receives a tall and wide handlebar to better manage rough roads. That said, both bikes come with single-channel ABS as standard.

Last but not the least, the 200T receives a low-mounted end can with rerouted exhaust pipes. Conversely, the more off-road biased XPulse 200 features a high-mounted exhaust to keep the engine from getting waterlogged while crossing streams, rivers etc. The low-mounted exhaust on the tourer also has other benefits as it makes more room for panniers or saddle bags.

The two versions based on the same platform make for pretty clear choices. If you’re an adventure junkie on a budget who visits the trails quite often, the XPulse 200 is the perfect fit for you. On the other hand, if you love long, winding roads and travelling in comfort, the XPulse 200T should do the job just fine.