Could the BS6 Passion Pro prove to be a worthy competitor in the 110cc space? 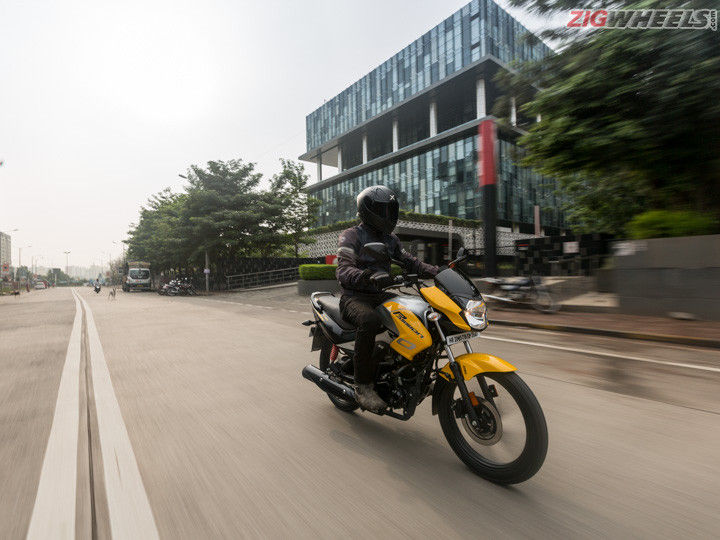 Hero gave the BS6 Passion Pro some significant updates for 2020. It looks sportier, gets fresh new paint schemes along with better hardware to tackle the pothole-ridden roads in India. While all of this sounds impressive, there's still one question that needs to be answered -- Is the BS6 Passion Pro good enough to take on its 110cc rivals that have proved to be quite competitive?

The BS6 Passion Pro is a hell of a looker. The section running from the tank to the headlight has been completely redesigned. In essence, the cowling around the headlight looks sleeker with neat surface changes and contrasting colours that highlight the front fascia. The tank and its extensions have also been revamped too.

The bike’s analogue-digital instrument console is quite legible, be it night or day. We also loved the placement of the i3S (Idle Stop-Start System) button on the right-hand side of the console. It prevents you from switching off the feature by mistake. The cherry on the cake is the alert on the display which notifies you when i3S is switched on or off.

The build quality though isn’t up to the mark. Inconsistent panel gaps, use of flimsier materials and the cheap switchgear quality on its products are quite disappointing.

Certain areas and bolts which have already started rusting. Mind you, the bike had only run a little over 1,000km at this point, so it’s basically brand new.

The torque kicks in quite early on, making the BS6 Passion feel more lively and eager. It’s by far the fastest bike we've tested in the 110cc space. Having said that, we must admit that we haven’t had the chance to test the BS6 versions of the TVS Radeon and Platina.

The Passion Pro is also quicker in in-gear roll-on acceleration. It’s all down to the bikes meaty mid-range and the even spread of power throughout the rev range which makes the motor extremely tractable within city limits.

The engine too isn’t all that smooth and has vibes radiating through the tank and footpegs once you go beyond 55kmph. In the same vein, the gearbox works well but feels a bit klutzy while shifting in the lower gears in slow-moving traffic.

Not only has Hero managed to squeeze in more fuel in the tank, it has also tweaked the engine which helps the Passion Pro extract better fuel efficiency, which stands second to only the Platina 110 H-Gear.

The Passion Pro has managed to shed 1kg of weight thanks to its new diamond frame. Additional changes come in the form of slightly longer travel suspension which subsequently offers better ground clearance -- 180mm compared to the previous 165mm. These changes make the bike feel light and nimble and that much easier to weave around in our chaotic Indian traffic.

The longer wheelbase -- 1270mm compared to 1245mm -- helps with better stability which becomes fairly apparent out on the highway.

The revised suspension setup works well too and does a good decent job at evening out undulations. Yes, there is a little bit of harshness in the beginning but it tends to settle down quickly and offers a pliant ride.

The brakes felt solid and surefooted too, offering great bite and progression. And the braking results speak for itself.

We had no complaints whatsoever with the riding posture, however, the seat still felt a little too soft for my liking. While it offers ample support and feels comfortable for daily commutes, you do tend to sink in just a bit during long hauls. Despite being 799mm tall, the seat height is fairly accessible for riders of all heights.

Here’s the thing, the Passion Pro has a lot going for it in terms of fuel efficiency, performance and looks, but what lets it down is its overall quality and reliability. It’s also short on features compared to its rivals and feels less premium despite its sporty looks.

So who’s the Passion Pro meant for? We think it's the perfect fit if you’re looking for something that looks quite dashing and has the performance to bring a smile to your face for your daily commutes. The ease of use thanks to i3S and Auto Sail also stand as benefactors to this claim. Of course, that is if you’re willing to pay the premium over its competition.