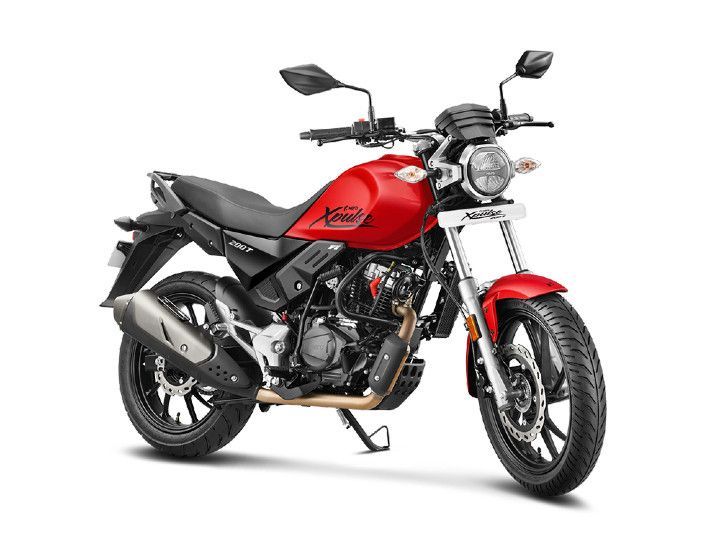 Launched alongside the more adventurous XPulse 200, Hero had pitched the XPulse 200T as its 200cc touring-friendly naked motorcycle. The bike never did have enough poke to sustain highway speeds and was just another commuter at heart. While its other 200cc siblings, the XPulse 200 and the Xtreme 200S, received their mandatory emissions update quite a while back, Hero had been dragging its feet on the 200T. Until now, that is, as the bike has been silently launched.

Still, the XPulse 200T is one of the most affordable bikes in the 200cc space. Sure, it isn’t as performance-oriented as the TVS Apache RTR 200 4V or the Bajaj Pulsar NS200, but it does make a hell of a case for itself compared to the Honda Hornet 2.0.

The XPulse 200T has got the mandatory emission updates. Hence, you find a fuel-injection system fueling the 199.6cc single-cylinder air-cooled engine. The oil-cooler is a welcome addition but not as much to justify the extra price.

Engine output has taken a slight dip, the motor now generating 18.1PS and 16.15Nm. That’s 0.3PS and 0.95Nm less than the BS4 model. More importantly, peak torque on the 200T is 0.3Nm lesser than the XPulse 200 and the Xtreme 200S. We are yet to hear from Hero regarding the difference in engine tune, and we will update this space once we get the answers. Hopefully, the XPulse 200T will be more peppy and smooth now, much like how the XPulse 200 BS6 turned out.

While the braking calipers are identical to those of its predecessor, the petal discs from the off-roading XPulse have made their way into the naked now. The chunky cat-con, coupled with the aforementioned changes, has resulted in a 4kg weight gain, with the kerb weight now rated at 154kg.

Almost the entire bike remains the same. Right from the ADV-inspired tank and the scooped-out seat to the diamond frame and the suspension -- everything is as it was on the BS4 bike. The ground clearance, at 177mm, is lower by just one millimetre. Saddle height remains a fairly accommodating 799mm, and it still manages to hold 13 litres of fuel.

Its feature set doesn’t see addition either. You still get a round LED headlight, a fully digital dash with smartphone-connectivity, and turn-by-turn navigation.

Hero could’ve definitely given the 200T an additional sixth cog to aid the bike’s touring credentials. That way, it would’ve allowed it to sustain speeds of around 85-90kmph a lot better. That aside, a couple of brighter colour options and better graphics would have been welcome.

The Hero XPulse 200T was never really a hot seller. The company has taken its own sweet time to provide the bike with the BS6 updates, which have arrived at a pretty steep premium. If you are looking for a city bike in the 200cc space with no intention of heading to the nearby twisties or trails over the weekend, the XPulse 200T makes sense.