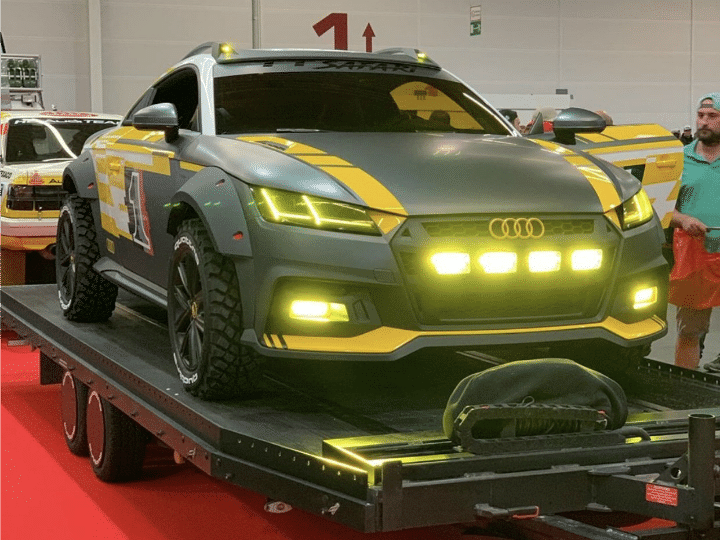 If various reports are to be believed, the Audi TT might hop on to the electric bandwagon soon. While the Ingolstadt-based carmaker is looking to replace the current model with an all-electric sports car, it has unveiled the Audi TT Safari as a last hurrah for the iconic sportster.

At the rear, it gets a roof rack along with two spare wheels that are placed in the area inside the rear window, which is a first for a TT. Despite its stark contrast to the original TT, The Audi TT Safari does retain the rear tail lights and the trunk spoiler from the Audi TT RS.

Its interiors reveal a black-yellow theme which blends with its yellow, black and white exterior livery. Its steering wheel is shared with the Audi TT RS. While there’s no information yet on the engine specs of the TT Safari, it is likely to be powered by the 310PS, 4-cylinder, twin-turbo petrol motor from the TTS.

Currently, Audi offers the TT in TTS, TT RS and TT Roadster guises. There’s no word yet on whether the Audi TT Safari will make it to production, but if Audi decides on bringing an all-terrain, road-legal version of the TT Safari, it would be one hell of a send off for the iconic German as we know it.